PSL 2021, Match 34, Live Streaming: When And Where To Watch Multan Sultans Vs Peshawar Zalmi Final Match 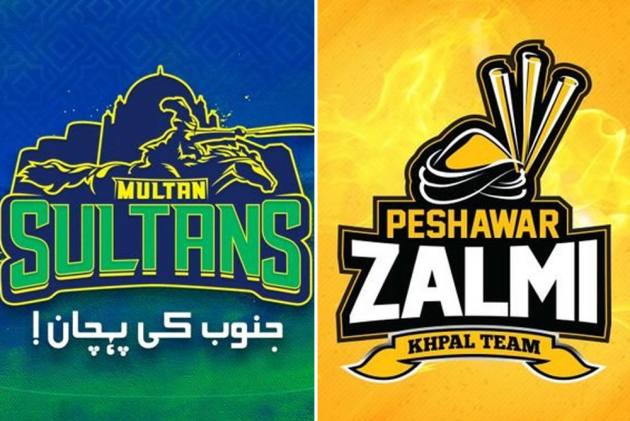 Finally, the Pakistan Super League (PSL) 2021 finale is here. The season started with usual fanfare with defending champions Karachi Kings taking on Quetta Gladiators in a repeat of the 2020 final at the National Stadium, Karachi on February 20. Then, after 14 matches, all hell broke loose. Coronavirus forced the T20 league to suspend for more than three months. But the Pakistan Cricket Board (PCB) finds a new host in the United Arab Emirates (UAE). And on Thursday, first-time finalists Multan Sultans face former champions Peshawar Zalmi in the finale at Sheikh Zayed Stadium, Abu Dhabi. (More Cricket News)

There a common theme on how the two teams -- Mohammad Rizwan's Sultan and Wahab Riaz's Zalmi -- reached the final. Both the teams have the same number of wins, same points and only a fraction of the net run rate decided their league standings. Sultans' +1.050 was +0.464 more than Zalmi's +0.586. Also, both the teams defeated league leaders Islamabad United in their respective play-offs, the virtual semi-finals.

Sultans, who finished second in the final league standings, overwhelmed Shadab Khan's United in the Qualifier to qualify for their maiden PSL final. Inspired by veteran Sohail Tanvir, who produced inviable figures of 3/17, they successfully defended 180/5 by restricting United to 149 in 19 overs on Monday. Only two nights ago, they had suffered a four-wicket defeat at the hands of the same opponents.

In both the matches, Afghanistan's Hazratullah Zazai played starring roles. The opener scored a 44-ball 66 against United to help Zalmi chase down a target of 175 runs in 16.5 overs. Unheralded Aussie all-rounder Jonathan Wells hit 55 off 43 even as former Pakistan skipper Shoaib Malik played a knock to remember, 32 off 10 balls. Before that, Zazai hit 77 off 38 balls as Zalmi chased down Kings' 175 in a penultimate ball finish to have set up a meeting with United in Eliminator 2.

Head-to-head: They have met eight times, with Sultans leading 5-3. Zalmi won the first leg this season by six wickets in Karachi. Sultans won the return led by eight wickets in Abu Dhabi.