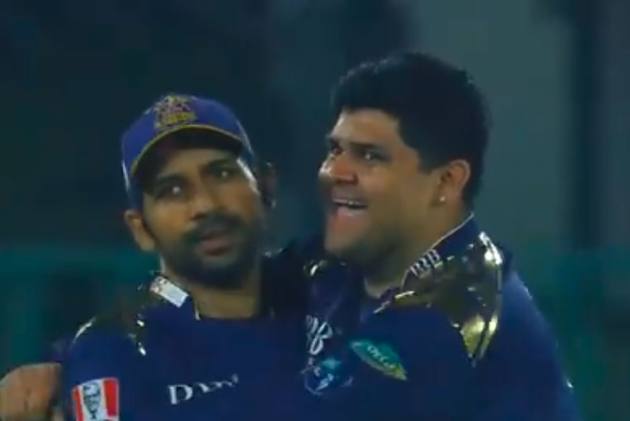 After days of uncertainties, the Pakistan Cricket Board (PCB) on Tuesday revealed the possible restart date for the suspended Pakistan Super League (PSL) 2021 edition. With Pakistan national team touring England later this month, PCB needs the T20 tournament to finish in time but logistical issues continue to plague the preparations. (More Cricket News)

Now, it seems like PCB is confident of June 7 restart in Abu Dhabi, UAE. And a new schedule can be expected soon. Earlier, taking a cue from the 'official' fixtures, it was widely reported that the league would resume on June 1. In between, PSL has since removed the fixtures from the official website on Tuesday.

PSL 6 was suspended on March 4 after a spate of positive COVID-19 tests in Karachi. Then, only 14 games were completed in the 34-match tournament. Then, after months of negotiations, the PCB got permission from UAE authorities to conduct the remaining matches at Abu Dhabi's Sheikh Zayed Cricket Stadium.

Logistical issues remain a major concern. Players, broadcasters and officials started to reach Abu Dhabi. The issues complicated on May 30 when Sarfaraz Ahmed, the captain of Quetta Gladiators, and 10 others were denied clearance to board commercial flights.

"The decision has been made to allow the players and officials to spend time with their families as there can potentially be some more delays in the issuance of the remaining visas," said PSL in a statement.

But PSL has now resolved some of the issues, and said "Sarfaraz Ahmed and six others land in Abu Dhabi." It also said that two teams, Islamabad United and Lahore Qalandars will start training on Wednesday, under lights, at Sheikh Zayed Cricket Stadium.

In the latest updates, which confirmed the delay of the Pakistan national team's departure for England by two days, said the following:

- Pakistan men’s team to now depart for England on 25 June instead of 23 June
- HBL PSL 6 to now end on 24 June instead of 20 June, as planned earlier
- Departure for England on 25 June will mean only three double-headers, if the event commences on 7 June
- Franchises updated on the 16 production company crew, who are now isolating in Dubai after being allowed entry in Abu Dhabi last week
- NCEMA to decide on Wednesday afternoon if they will grant exemptions to 16 production crew to work in Abu Dhabi from 5 June to make 7 June start possible
- PCB to continue to engage with the Abu Dhabi government
- Franchise owners appreciate PCB efforts and acknowledge the hardships faced in the present landscape
- Franchise owners keen for the remaining matches to be played in the UAE
- Sarfaraz Ahmed and six others land in Abu Dhabi
- Multan Sultans include Blessing Muzarabani in place of Obed McCoy
- Seven-day isolation for those who arrived on charter flights from Pakistan ends on Wednesday afternoon
- Islamabad United and Lahore Qalandars to train on Wednesday under Sheikh Zayed Cricket Stadium lights.