PSL 2021, Match 31, Live Streaming: When And Where To Watch Islamabad United Vs Multan Sultans, Qualifier 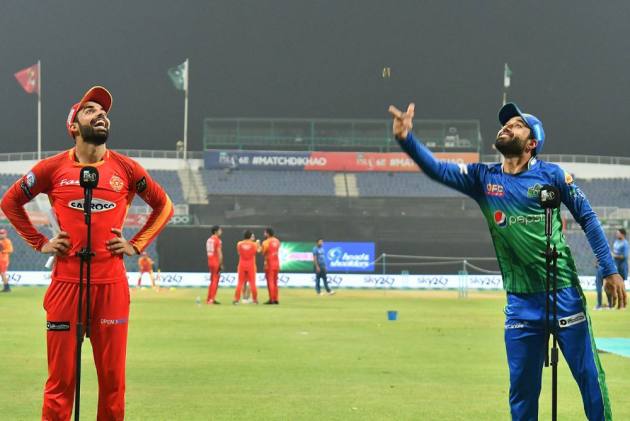 The Pakistan Super League (PSL) 2021 playoffs are here. And it starts with a Monday double-header, the Qualifier for a direct shot at the final spot, followed by the Eliminator 1. (More Cricket News)

Things get simpler, but the stakes for bigger. League winners, Islamabad United face second-placed, Multan Sultans in the Qualifier in Abu Dhabi, UAE. The winners play in the final.

In the final league match of PSL 6, which also served as the dress rehearsal for the Qualifier, the Shadab Khan-led United beat Mohammad Rizwan's Sultans by four wickets. That was United's fifth win on the trot and stopped Sultans winning-run to four. The win also helped United complete a league double over Sultans this season. In March, United beat Sultans by three wickets. They also lead the head-to-head record 5-3.

United are bidding to become the first team to play in three PSL finals. And they have a 100 percent record in the finals, winning the inaugural final in the 2016 and 2018 title clash against Quetta Gladiators and Peshawar Zalmi respectively.

In contrast, Sultans are chasing their maiden final. This is their fourth season in Pakistan's T20 cricket league.