From 20/5 at one stage, Islamabad United reached 152/7, which eventually proved enough against Lahore Qalandars in a top of the table Pakistan Super League (PSL) 2021 clash 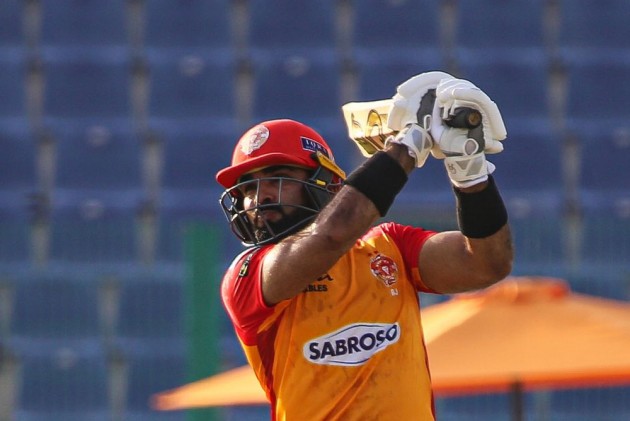 Islamabad United moved atop the Pakistan Super League standings after making a dramatic recovery for a 28-run win over Lahore Qalandars in Abu Dhabi, UAE on Sunday. (More Cricket News)

Pakistan international Asif Ali revived Islamabad from a precarious 20-5 with a 43-ball 75 to take the two-time champion to a total of 152-7 after captain Shadab Khan won the toss and surprised almost everyone by choosing to bat on Sunday night.

In the late game, Mohammad Rizwan's unbeaten 82 and 116-run second-wicket stand with Sohaib Maqsood helped Multan Sultans to an eight-wicket win over Peshawar Zalmi. Rizwan had a hand in five dismissals and medium pace bowler Shahnawaz Dhai took 4-31 as the Sultans restricted Peshawar to 166-7. The Sultans reached 167-2 with 21 balls to spare.

Islamabad and second-place Lahore each has 10 points after seven games, but Islamabad has a superior net run-rate.

Fellow Australian Usman Khawaja fell without scoring to Shaheen Afridi in the first over and, when Shadab was caught behind off Rauf's first delivery, Islamabad had lost half the side by only the seventh over.

But Ali and Iftikhar Ahmed (49) then dealt a counterpunch with a breezy 123-run stand. Ali hit six fours and also dominated the leg-spin of Rashid Khan (0-36), who finished with a rare wicketless spell of four overs.

Ali's dismissal was an unusual one. He was out hit wicket as he tried to pull Afridi in the penultimate over but dragged far back into the crease and clipped the bails with his pads. Ahmed, who also struck six boundaries, was caught in the deep in the last over to give Rauf (2-29) his second wicket.

Lahore's opening pair -- Fakhar Zaman (44) and captain Sohail Akhtar (34) -- provided a solid platform of 55 runs before Akhtar was trapped leg before wicket by Ahmed in the last over of the batting powerplay.

Both scored with ease in the absence of Islamabad's two frontline fast bowlers — Faheem Ashraf, who is injured, and Hasan Ali, who will miss the remainder of the PSL due to family reasons.

But Lahore's middle-order was undone by Musa in his successive overs with Mohammad Hafeez and Zaman holing out in the deep and Ben Dunk getting a faint edge behind.

Shadab, who had been struggling to get wickets, finally got his act together when he removed Tim David and then clean bowled Rashid with a sharp googly in the same over. Lahore slipped from 86-2 to 100-9 in the 15th over before getting bowled out with 10 balls to spare.