Australian legend Dean Jones, who died of a heart attack in Mumbai during his IPL assignment, was the coach of Karachi Kings in PSL 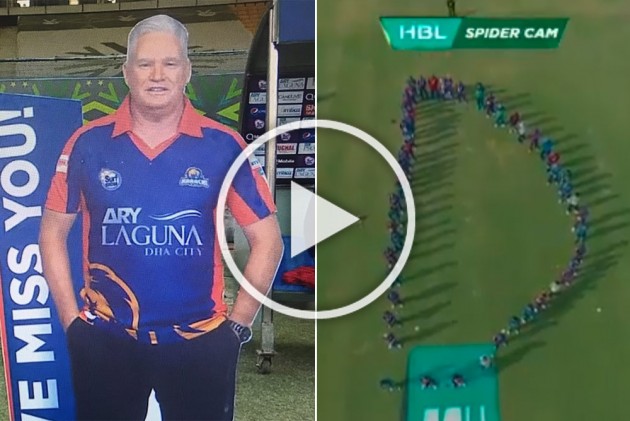 As the PSL 2020 restarted with the Qualifier for the final between the Karachi and Multan-based franchises, players and coaching staff formed a 'D' and placed a life-size cut out of Jones in the middle, with the words 'We Miss Your' printed on it.

The PSL also displayed, 'Forever in our hearts, Deano!' in the digital scoreboard.

Jones was the coach of the Karachi team in PSL 2020, when the T20 tournament started.

After the match, Karachi skipper Imad Wasim dedicate the win to Jones and said, "If he were here, he would have been very happy. We’ll try to win the final for him as well."

Jones had been an active cricket analyst and was signed up to do off-tube commentary on the IPL 2020 in UAE.

But he was an equally popular figure in Pakistan. media and helped raise the profile of PSL.