Punam Raut was the highest run-scorer from the India women during the five-match ODI series against South Africa at home last year. She had scored 263 runs across five innings at an average of 87.67. 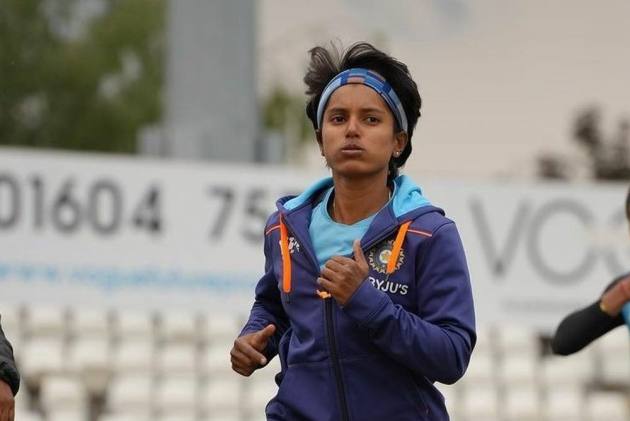 India woman batter Punam Raut has expressed her disappointment after being left out of national squad for the ICC Women’s World Cup 2022 that is slated to kick off on March 4 in New Zealand. The 32-year-old feels that she is continuously being overlooked and added that it is “disheartening”. (More Cricket News)

Punam on Thursday took to social media to speak her mind and let her frustration out after she wasn’t included in the India women squad that was announced on Thursday for the upcoming tour to New Zealand that includes five-match ODI series against the hosts and the ICC Women's World Cup 2022.

“Having been considered amongst the experienced batsmen and a consistent run-scorer for India, I’m extremely disappointed at not being a part of the World Cup squad. In 2021, I averaged 73.75, scoring 295 runs, which included a hundred and two half-centuries in the six ODI games that I played. It is very disheartening to be continuously left out even after performing. Having said that, I would like to extend my best wishes to all the players who will be representing India,” Punam wrote on Twitter.

It is worth highlighting that Punam was the highest run-scorer from the Indian side during the five-match ODI series against South Africa that took place at home last year. She had scored 263 runs across five innings at an average of 87.67. Her performance included two fifties and an unbeaten century.

In the England tour that followed, Raut has a mediocre outing as she scored 41 runs in the one-off Test and 32 in the only ODI innings she played there. Later, in the one-off Test against Australia Down Under, Raut scored 77 runs, while she didn’t feature in any of the white-ball games.

Apart from Raut, top-order batter Jemimah Rodrigues and experienced fast bowler Shikha Pandey have also been dropped for the outing to New Zealand. Batter Yastika Bhatia replaced Jemimah in the team, while Renuka Singh and Meghna Singh got a nod ahead of Shikha.