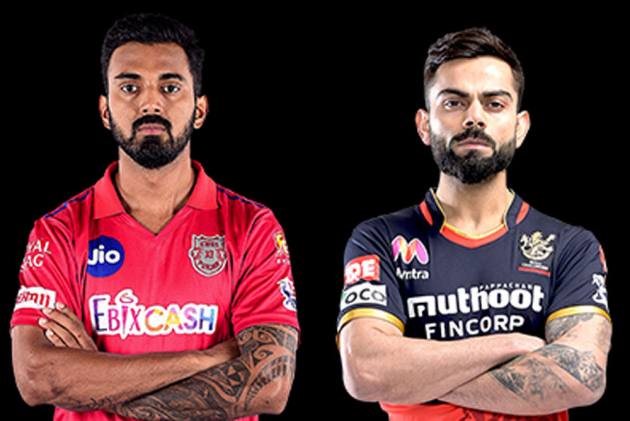 Two teams with contrasting fortunes in the Indian Premier League (IPL) 2021, Kings Punjab (PBKS) and Royal Challengers Bangalore (RCB), face off in a crucial match in Ahmedabad on Friday.

Both the teams started their IPL 2021 campaigns with wins, but after six matches each, KL Rahul's PBKS sit sixth in the points table with four points while Virat Kohli's RCB are second with 10 points.

PBKS, after losing three matches on the trot against Chennai Super Kings, Delhi Capitals and Sunrisers Hyderabad, and beat Mumbai Indians for their second win of the season. But lost to Kolkata Knight Riders by five wickets on Friday to compromise their campaign.

For RCB, the season has been a revelation, with luck also playing a part. They beat defending Rohit Sharma's defending champions MI by two wickets in the season opener, then survived a Delhi charged to win their latest match by one run. In between, they have beaten Hyderabad Kolkata and Rajasthan Royals. Their only defeat, a 69-run thrashing, came against CSK.

Head-to-head: This will be their 27th meeting, and there is very little to separate between the two sides. PBKS lead the head-to-head record 14-12, with either side enjoying league doubles alternate seasons. PBKS beat RCB by 97 runs and eight wickets last season, while RCB won both the matches in 2019, by eight wickets and 17 runs. Before that, Punjab won the bragging rights in 2017, only to suffer a league double next season.