Nehwal was completely outplayed by Thailand's Pornpawee Chochuwong; while Sindhu will now face Korea's Sung Ji Hyun, against whom she lost at the All England Badminton Championships 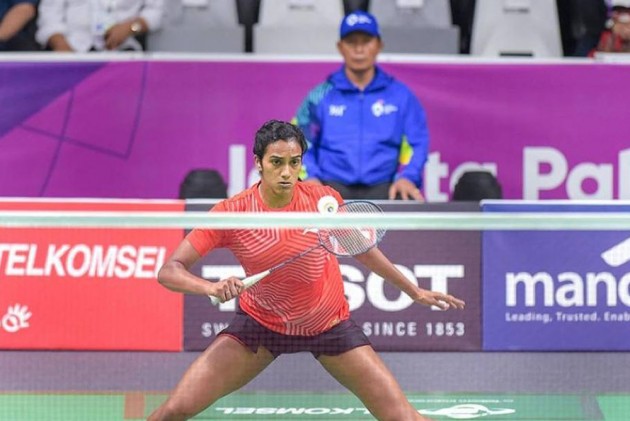 Indian ace shuttler Saina Nehwal was knocked out of the Malaysian Open World Tour  Super 750 tournament in the first round by Pornpawee Chochuwong. Nehwal won the first game 22-20 but ran out of gas as she lost the next two games 15-21 and 10-21. The Indian shuttler, who was returning to the court after a considerable amount of time, could not fend off the challenge from her Thailand counterpart.

However, Indian Badminton stars PV Sindhu and Kidambi Srikanth advanced to the second round of the Malaysian Open World Tour  Super 750 tournament with their respective victories on Wednesday at Kuala Lumpur.

Fifth seed Sindhu will now look to avenge her All England loss against Korea's Sung Ji Hyun, whom she faces next, while Srikanth will meet Thailand's Khosit Phetpradab on Thursday.

HS Prannoy, who had reached the quarterfinals last week at New Delhi, however, bowed out after losing 12-21 21-16 21-14 to Sitthikom Thammasin of Thailand following a hard-fought battle.

With Sameer Verma too crashing out in the opening round, Srikanth is the only Indian in the fray in men's singles.

Men's doubles pair of Manu Attri and B Sumeeth Reddy, who had entered the semifinals in India Open, also failed to cross the opening hurdle, going down 16-21 6-21 to seventh seeds Han Chengkai and Zhou Haodong of China.

In the women's singles match, World no. 6 Sindhu fell back in the opening game after an initial 5-2 lead as Ohori jumped to a 12-7 advantage.T

The Indian then made a comeback, grabbing a slender 13-12 lead but the Japanese once again moved ahead to hold a game point.

Sindhu then reeled off three points to secure the opening game.

In the second game, Sindhu changed her strategy and reduced her errors to zoom to a 12-5 lead and continued to surge ahead even as Ohori crumbled.