The Padma awards are given in three categories - Padma Vibhushan, Padma Bhushan and Padma Shri - and announced annually on the eve of Republic Day. 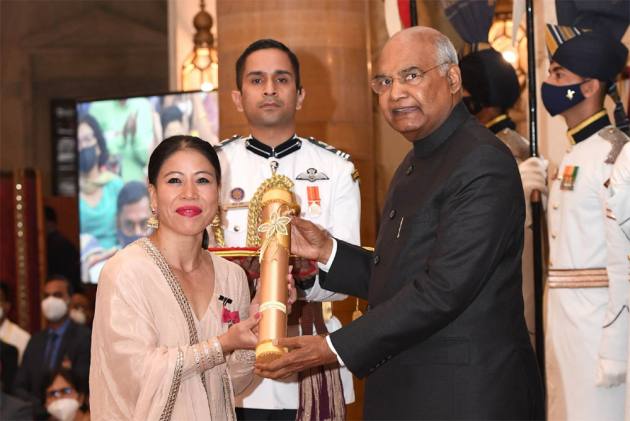 Some of India's greatest women sports stars, including Olympic medallists PV Sindhu and MC Mary Kom, and former India national women's football captain, Oinam Bembem Devi, were on Monday conferred with Padma awards for their exceptional service to the nation at ceremonies held at the Rashtrapati Bhavan. (More Sports News)

I am truly humbled and blessed to receive the Padma Bhushan award from our Hon'ble President of India Shri Ram Nath Kovind sir. Extremely grateful to the Government of India for this prestigious honour! ðÂÂÂÂÂÂ @rashtrapatibhvn pic.twitter.com/jLsdFzBVnv

President Kovind presents Padma Shri to Ms Oinam Bembem Devi for Sports. She is the former captain of the Indian women's football team and is also known as "Durga of Indian football". pic.twitter.com/0MZqzQaEwW

Captain of the Indian women's hockey team, Rani Rampal was among those who received the Padma Shri.

The Padma awards are given in three categories -- Padma Vibhushan, Padma Bhushan and Padma Shri -- and announced annually on the eve of Republic Day.