Watch PV Sindhu Vs Carolina Marin Live: When And Where To Watch Live Streaming Of Swiss Open Final 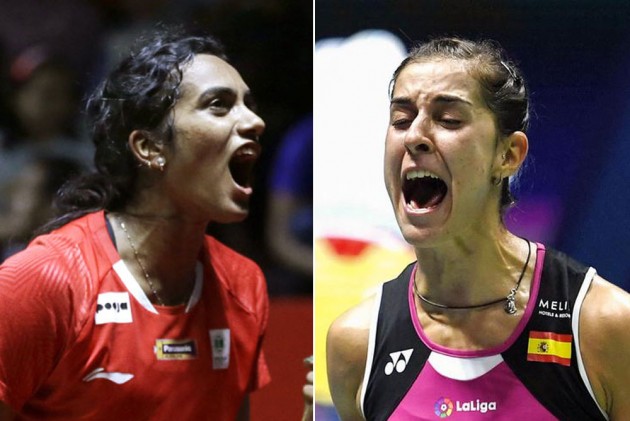 In a repeat of the 2016 Rio Olympics final, PV Sindhu will take on top seed Carolina Marin in the Swiss Open badminton title clash. The Indian shuttler settled for a silver medal five years ago after losing the final to her Spaniard opponent in three epic games in Rio de Janeiro, Brazil. (More Badminton News)

Sindhu, 25, dished out a superlative performance to outclass Mia Blichfeldt of Denmark in straight games and enter the final of the BWF Super 300 tournament in Basel. The reigning world champion beat fourth seed 22-20 21-10 in 43 minutes to avenge her first-round loss to the Danish world number 12 at the Yonex Thailand Open in January.

In contrast, Marin was pushed to the limits by third seed Thai Pornpawee Chochuwong in their semi-final. Marin won the match 21-15 20-22 21-19 in one hour and 16 minutes.

This will be Sindhu's first final appearance since the World Championships in 2019, and her first meeting against Marin in over two years.

"Carolina is a good player so it won’t be an easy match, I have to play my 100 per cent," Sindhu said about her opponent and preparations. "Training at a bigger stadium, similar to this stadium as I got used to it and it has helped me a lot here."

The first champions of the new season will be crowned today! ðÂÂÂÂÂÂÂÂÂÂÂÂÂÂÂÂÂÂ

Head-to-head: This will be their 14th meeting on the tour with Marin leading 8-5. Marin won the last two meetings at BWF World Championships 2018 and Indonesia Masters 2019. Sindhu's last win against Marin came at Malaysia Open 2018.