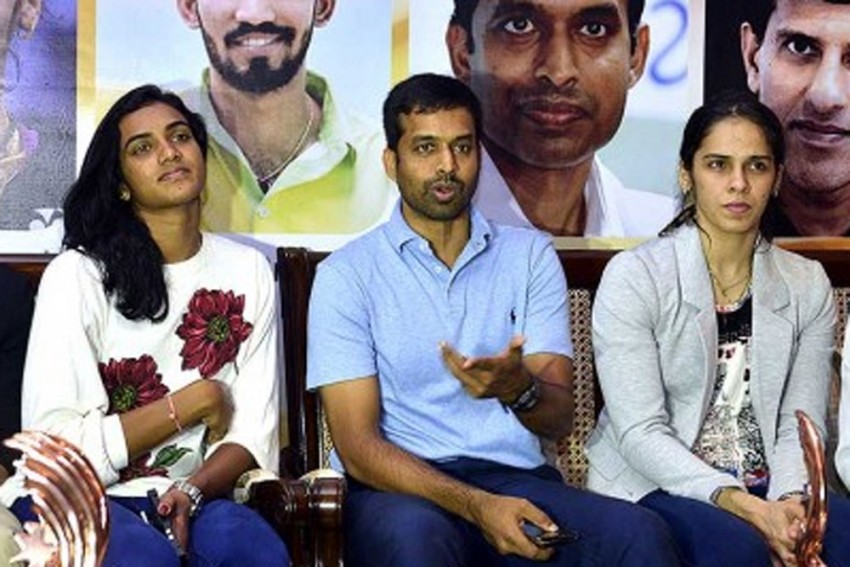 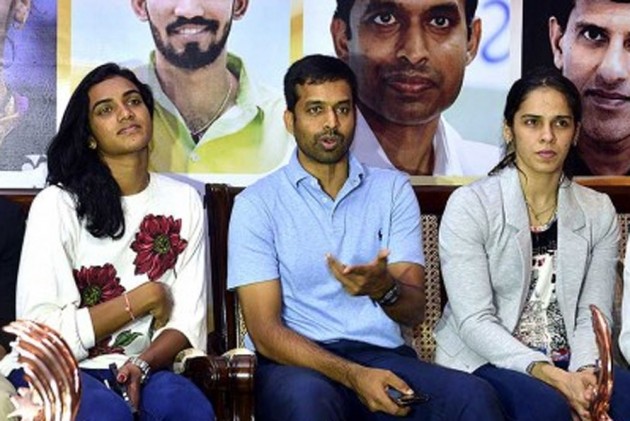 "It's very difficult to pinpoint which medal is better. Both have their significance in Indian badminton," said Gopichand in an exclusive chat on Monday. "Saina's Olympic medal was a first for India and very precious. Without that, this journey of badminton would not have started off," he added.

"When we started coaching, we only had men's heroes. We never thought we will be able to produce women who can compete at the world level.  But Saina and Sindhu changed all that. They were winning Commonwealth and Asian medals but Sindhu now has closed the loop with the World Championship gold. If Sindhu dominates the way she did in Basel, she can be the greatest."
Saina, however, broke off from Gopichand and trained with Vimal Kumar ahead of the 2014 Asian Games.
Also Read: Sindhu, Praneeth To Get Cash Reward
Talent was never in short supply at Gopichand's Hyderabad academy. PV Sindhu got plenty of personal attention from Gopichand and seeing her win a World gold was indeed satisfying.
"Sindhu's world gold will be a foundation for another level of Indian badminton and I hope this triggers a new Sindhu. At 24, she has achieved five consecutive World Championship medals and to go from gold to another gold, year-on-year, is what I would really love to see from her," said Gopichand.
Also Read: Talent, Bloody-Mindedness Make Nehwal An Icon, Writes Gopichand
But Goipichand felt Tokyo will not be easy. "She will be a favourite but the most marked player for sure," he said.
Sindhu has come a long way since 2016 Rio Olympics where she lost the gold to Spain's former world champion Carolina Marin.
"In 2016, Sindhu was a suppressed package. Nobody really looked at her. She was quieter and much behind the curtains. But now people will prepare and target her in Tokyo. That's what we should be alert about," said Gopichand.
For in-depth, objective and more importantly balanced journalism, Click here to subscribe to Outlook Magazine