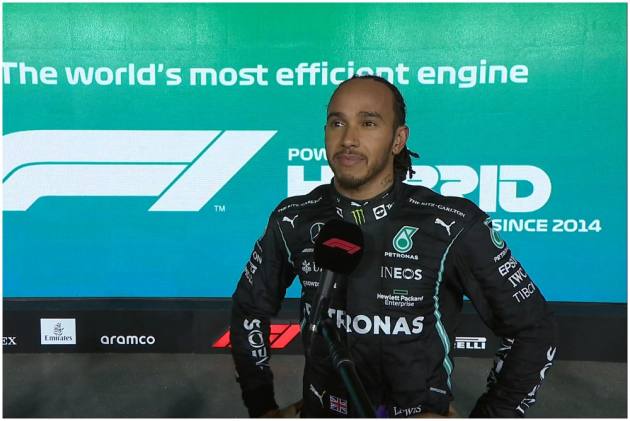 Lewis Hamilton and Max Vetstappen qualified 1-2 for the inaugural Qatar Grand Prix, setting up a showdown between the Formula One championship contenders at the very start of Sunday’s race. (More Motosport News)

Hamilton won the 102nd pole of his career, fourth of the season and first since the Hungarian Grand Prix in August. Hamilton trails Verstappen by 14 points in the championship fight with three races remaining.

He beat Verstappen by 0.455 seconds Saturday to win the pole at Losail International Circuit. The seven-time champion said his stomach had been bothering him since he arrived in Qatar, but a good night’s sleep helped his recovery.

Hamilton said his stomachache made opening day at the new circuit difficult, and he was fourth in both of Friday's practice sessions. “I really struggled throughout first practice and I was just really off,” Hamilton said.

Felt like we were flying out there, what a special lap. Little changes add up to a big difference. Great work team! See you tomorrow pic.twitter.com/VHOJaT8JlP

“I was here 'til midnight working with the engineers, who also always work so late, and found I lot of areas in which I can improve.” Mercedes made changes in Saturday's final practice and Hamilton said in qualifying he was aided by smart strategy that sent him on track with little traffic and a strong lap by the driver.

“That last lap was beautiful, it was a really sweet lap,” Hamilton said. “This track is amazing to drive, it is incredibly fast. It felt good.” Verstappen said Red Bull was lacking pace and noted that teammate Sergio Perez failed to advance to the final qualifying group. Perez will start 11th.

“It's been just a bit more tricky for us in qualifying,” Verstappen said. “We are struggling a bit more than normal. We've never done a race here, so there's a lot of unknowns.” The race is the first in a 10-year deal between F1 and Qatar.

The weekend opened with the Brazil GP still the main topic of discussion as Mercedes contested the FIA decision not to penalize Verstappen for running Hamilton wide off course last week in Sao Paulo.

Mercedes requested a review of the decision, which the FIA denied in the middle of a Friday press briefing between the principals of the two warring teams.

It was a tense 30-minute session between Mercedes head Toto Wolff and Christian Horner, team principal for Red Bull, and both agreed they have no relationship. But Horner also publicly questioned the legality of the Mercedes.

Horner believes the rear wing used by Mercedes in Mexico and Brazil was illegal and gave the rivals a significant straightline speed advantage. He vowed to protest Mercedes if the wing is used again.Wolff was adamant the Mercedes is legal.