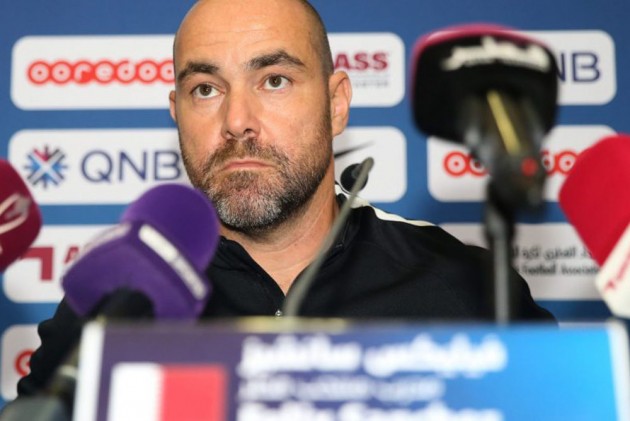 After having coasted past Afghanistan 6-0 in their opening second qualifier fixture, 2022 FIFA World Cup hosts Qatar will be aiming to continue their fine form against the Indian national football team on September 10, at Doha's Jassim bin Hamad Stadium. Head coach of the 2019 AFC Asian Cup champions, Felix Sanchez Bas stated that the opposition has developed in their style of football and it would be a challenge for his team.

"We are ready for the new challenge in the Asian joint qualifiers," said Sanchez at the pre-match press conference.

"The Indian team has played against Oman in good levels until the last moments despite the loss, and therefore expect that the face of tomorrow will be difficult."

“Qatar has drawn up a long-term preparatory plan for the national team to be ready for the 2022 World Cup, and all the matches played are part of the implementation of this plan," he quipped.

Also, midfielder  Abdulaziz Hatem - who was present during the media interaction - stated that it will be a task for his side when they face India.

"We will not play the principle of overconfidence and our goal is to reflect the image of the hero and win the encounters we are in, and the task will not be easy tomorrow against the developed Indian team, and we have to facilitate things from the beginning," said Hatem.