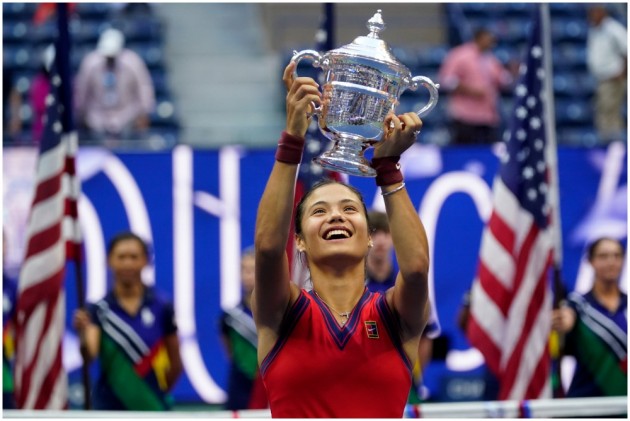 British teenager Emma Raducanu arrived in New York last month with a ranking of 150th, just one Grand Slam appearance to her name and a flight booked to head out of town after the US Open's preliminary rounds in case she failed to win her way into the main tournament. (More Tennis News)

And there she was in Arthur Ashe Stadium on Saturday, holding a trophy to complete an unlikely -- indeed, unprecedented – and surprisingly dominant journey from qualifier to major champion by beating Canadian teenager Leylah Fernandez 6-4, 6-3 in the final.

“The future of women's tennis, and just the depth of the game right now, is so great,” Raducanu said. “I think every single player here in the women's draw definitely has a shot of winning any tournament.”

A champion is born ðÂÂÂÂÂÂÂÂÂÂÂÂ

The 18-year-old Raducanu won 10 matches in a row at Flushing Meadows – three in qualifying, seven in the main draw – and is the first woman to win the US Open title without dropping a set since Serena Williams in 2014.

This was the first major final between two teens since Williams, 17, beat Martina Hingis, 18, at the 1999 US Open and the first between two unseeded women in the professional era, which began in 1968.

“I hope to be back here in the finals and this time with a trophy -- the right one. With the right trophy,” Fernandez said as tears welled in her eyes during the trophy presentation.

Raducanu broke to go up 4-2 in the second set, held for 5-2 and twice was a point from winning the title in the next game. But under pressure from Fernandez, she let both of those opportunities slip away by putting groundstrokes into the net.

“That's just the competitor that she is,” Raducanu said about Fernandez, whom she last faced in the Wimbledon juniors event three years ago.

Then at 5-3, while Raducanu was serving for the match, she slid on the court chasing a ball to her backhand side, bloodying her left knee. A trainer came out to put a white bandage on the cut and, during a delay of more than four minutes, Fernandez – a 19-year-old left-hander from Canada ranked 73rd – spoke to chair umpire Marijana Veljovic. 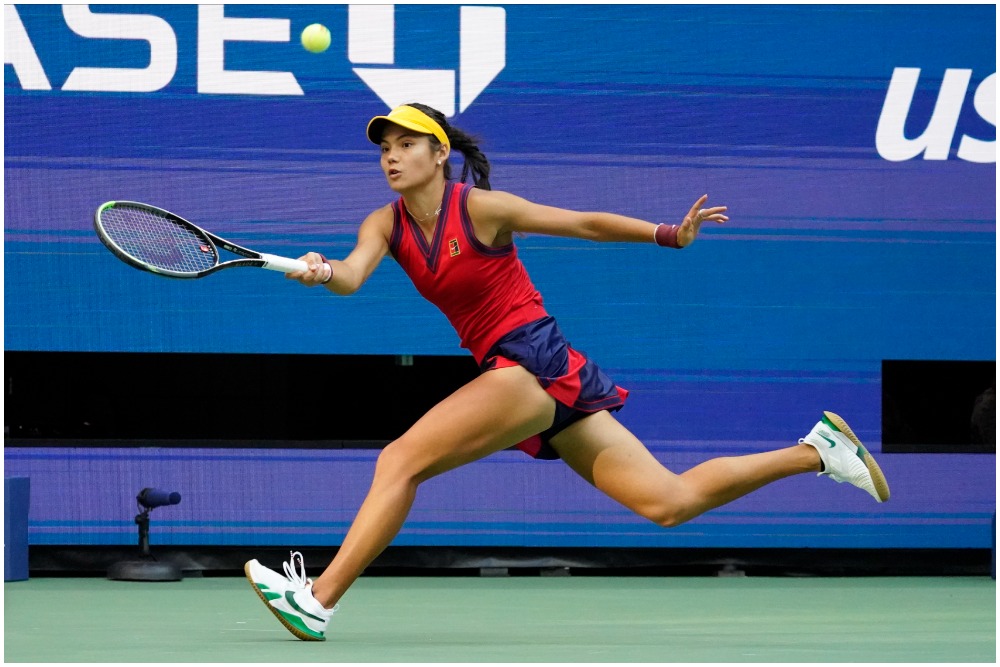 “I was just praying not for a double-fault,” Raducanu said about the resumption, “but we got through it. I think just staying in the moment, focusing on what I had to do, my process and the mindset just really helps in those tough times.”

When they resumed, Raducanu saved a pair of break points, then converted on her third chance to close it with a 108 mph ace. She dropped her racket, landed on her back and covered her face with both hands.

Raducanu is the first British woman to win a Grand Slam trophy since Virginia Wade at Wimbledon in 1977. Wade was in the Ashe stands on Saturday, applauding with everyone else. Raducanu also is the youngest player to claim a women’s major title since Maria Sharapova was 17 at Wimbledon in 2004.

Fernandez would have been, too, had she emerged to win. She was asked during a brief pre-match interview in the hallway that leads from the locker room to the court entrance what she expected Saturday's greatest challenge to be.

“Honestly,” she responded, “I don't know.” Fair. Neither she nor Raducanu could have truly known what to expect in one of the unlikeliest final matchups in Grand Slam history. Both walked out to loud ovations -- Fernandez's was slightly louder -- and wearing their equipment bags with both straps over their shoulders, the way someone their age might do with a backpack for high school (Raducanu recently completed her exams) or college.

They both have played like veterans at the US Open, displaying the poise and shot-making of veterans. The final was entertaining and, for the most part, even, filled with lengthy points and lengthy games. The talent and affinity for the big stage both possess are unmistakable.

The Next Gen of women's tennis has arrived ð

One of the significant differences came at the start of points, because that is where Fernandez faltered more. She put only 58% of her first serves in, finished with five double-faults, helping Raducanu accumulate 18 break points, four of which were converted.

The crowd was so quiet right before and during points that one could hear the right-handed Raducanu's slap of a leg while waiting to receive serves or her whisper of an exhale while swinging her racket.

And folks -- thrilled to be back on-site after last year's pandemic ban of all spectators -- got so loud after points, especially celebrating along with the left-handed Fernandez's physical trainer, who would leap out of his front-row corner seat and shake his fists when things went his player's way. 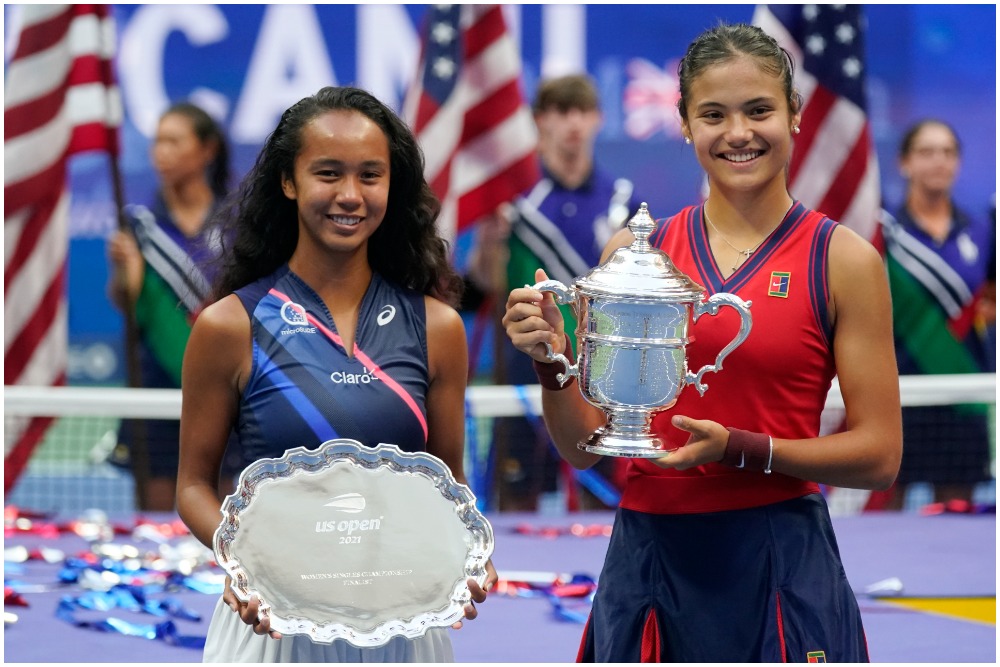 Fernandez’s group, including Mom, was in the guest box assigned to the higher-ranked player. That's a status Fernandez was unaccustomed to in the tournament as she beat four straight seeded women, each in three sets: defending champion Naomi Osaka and 2016 champ Angelique Kerber, No. 2 Aryna Sabalenka and No. 5 Elina Svitolina.

So Fernandez came in having spent more than 12 and half hours on court through her six matches; Raducanu’s main-draw total was about seven and half hours. That seemed to be a factor, particularly over the second half of the one hour and 51 minute final.

From 4-all, Raducanu took over, taking eight of the last 11 games. When she broke to take the opener with a well-paced, well-placed forehand winner down the line, she stared at her entourage, then whipped her arms -- and the fans reacted.

Raducanu's only previous Grand Slam tournament came at Wimbledon, where she stopped playing during the fourth round because of trouble breathing. That was July, when Raducanu was ranked outside the top 300 and an unknown.
Look at her now.