White-ball skipper Quinton de Kock says he only agreed to take over as South Africa Test captain on a temporary basis. 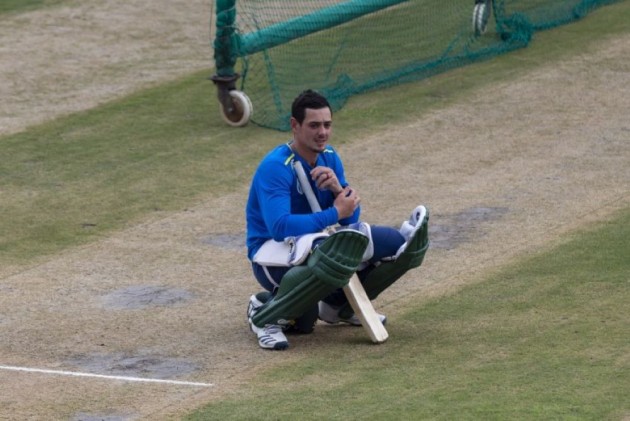 Quinton de Kock says he has too much on his plate to be South Africa Test captain on a long-term basis. (More Cricket News)

The Proteas' white-ball skipper this month agreed to lead his country in the longest format for the 2020-21 season.

De Kock will take on the duties for the encounters with Sri Lanka, Pakistan and Australia, replacing Faf du Plessis after the batsman stepped down in February.

Wicketkeeper-batsman De Kock ruled out staying on as captain, but is happy to fill in until a full-time successor to Du Plessis is appointed.

"When they [the South Africa selectors] told me the situation that we were in, I understood where they were coming from," De Kock said ahead of the first Test against Sri Lanka, which starts on Boxing Day.

"Obviously, I didn't accept it immediately. I did think about it and I understood, it's just for now. For this season. It's not a long-term thing.

"It's just [until] when we get someone who really puts up their hand, they will take over. The guys are looking for a long-term leadership role. I won't be doing that.

"There does seem a lot on my plate but I am quite happy to do it for now."

We might not be able to have fans in the stands yet, but that doesn’t mean we don’t miss you!
#Proteas #SeeUsOnThePitch pic.twitter.com/IXfbg5QTVA

De Kock revealed he will retain the gloves in Test cricket, so it appears Kyle Verreynne will have to be patient before he is handed a debut.

"I wasn't going to keep in the ODIs against England. We were going to give someone else a chance and now that I am looking after the Test team, we are looking at ways to get a lot of things off my shoulders," De Kock said.

"But in Test cricket, I need to be there as keeper."