Quinton de Kock made his Test debut for South Africa in February 2014 versus Australia at Port Elizabeth. He has 3300 runs in 54 Tests with six centuries. His highest Test score is 141 not out. 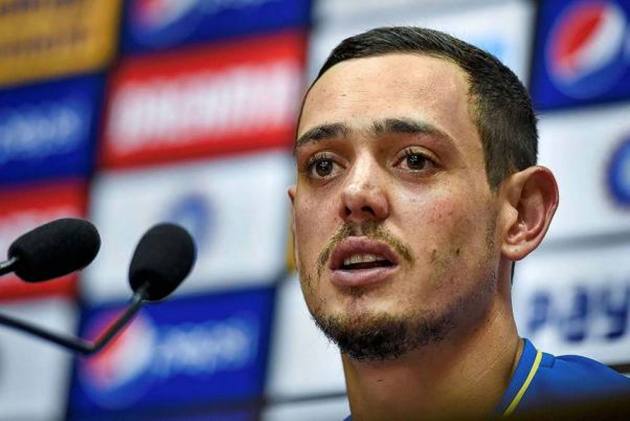 Hours after South Africa's defeat to India in the first Test match in Centurion, wicket-keeper Quinton de Kock announced shock retirement from the longest format of the game with immediate effect on Thursday. (More Cricket News)

De Kock, 29, was due to skip the second Test in Johannesburg which starts on January 3, on paternity leave. But the Centurion Test proved to be his last. In the match, he scored 34 and 21 runs.

De Kock also released a statement saying, "This is not a decision that I have come to very easily... I have taken a lot of time to think about what my future looks like and what needs to take priority in my life now that Sasha and I are about to welcome our first child into this world and look to grow our family beyond that. My family is everything to me and I want to have the time and space to be able to be with them during this new and exciting chapter of our lives."

"I love Test cricket and I love representing my country and all that it comes with. I've enjoyed the ups and the downs, the celebrations and even the disappointments, but now I've found something that I love even more.

"In life, you can buy almost everything except for time, and right now, it's time to do right by the people that mean the most to me.

"I would like to take this opportunity to thank everyone who has been a part of my Test cricket journey from the very beginning. To my coaches, teammates, the various management teams and my family and friends - I couldn't have shown up as I did without your support.

"This is not the end of my career as a Protea, I'm fully committed to white ball cricket and representing my country to the best of my ability for the foreseeable future.

"All the best to my teammates for the remainder of this Test series against India.

De Kock made his Test debut in February 2014 against Australia at Port Elizabeth. He has scored 3300 runs in 54 Tests with the help of six centuries. His highest Test score is 141 not out.