Quique Setien Would Return To Barcelona After 'Extraordinary' Experience 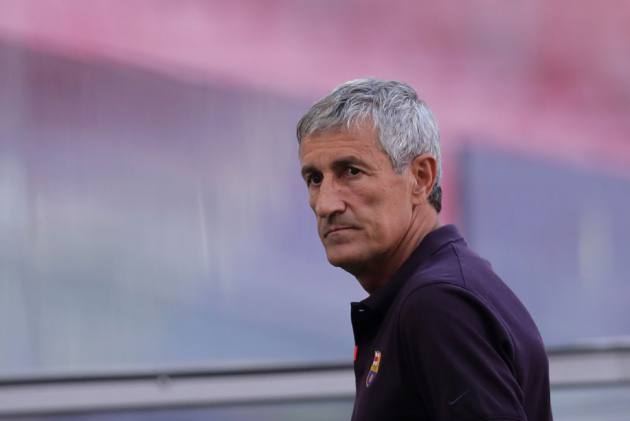 Quique Setien insisted he would be prepared to return to Barcelona after an "extraordinary" experience at the helm of the LaLiga giants. (More Football News)

Setien took charge of Barca in January until the end of a miserable 2019-20 season, which the club finished without a trophy and were humiliated 8-2 by Bayern Munich in the Champions League quarter-finals.

The 62-year-old, who sued the club, talked up his experience at Camp Nou and said he would be willing to return.

"The experience was extraordinary," Setien said, via Marca.

"It is true that we did not enjoy what we would have liked and with that illusion I went from the beginning.

"Of course I would return to Barcelona and I would never regret having gone, not at all."

Setien has been without a job since being sacked by Barcelona in August.

The former Real Betis and Las Palmas coach said he needed time after his sacking.

"I have already overcome the mourning that I had to go through for what happened in Barcelona," Setien said.

"But this is an accident, one more that you take as part of your job."