Rayo Vallecano have two wins, a draw, and two defeats in their return to Spain's top division. 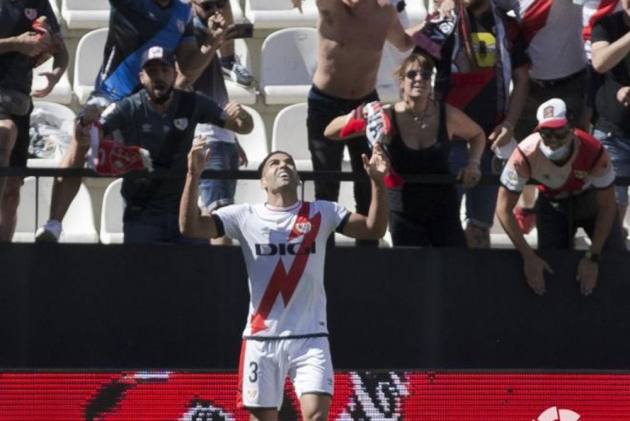 Ten-man Atlético Madrid was held to a second straight scoreless draw at home on Saturday after its talented attack was again stymied by Athletic Bilbao in the Spanish league. (More Football News)

With Antoine Griezmann joining Luis Suárez, Ángel Correa, Yannick Carrasco and João Félix, coach Diego Simeone has his deepest well of attacking talent to draw on since taking over the team a decade ago.

But the defensive-minded Argentine has so far failed to get his attack to click. Atlético was also held to 0-0 by Porto at home in their Champions League opener on Wednesday, and Atlético has not scored more than two goals in any of its six games across all competitions this season.

Midfielder Marcos Llorente went closest for Atlético when his 75th-minute shot from outside the area hit the post.

Three minutes later, Atlético was left a man down when Félix earned back-to-back yellow cards. The referee first booked him for swatting a defender who was clinging to his jersey from behind. Félix, who was not looking at the player when his hand impacted his face, got a quick second booking when he vehemently protested.

Bilbao almost took advantage of the numerical superiority, but substitute Asier Villalibre wasted a perfect opportunity to grab an injury-time winner when he shot high with only goalkeeper Jan Olbak to beat from close.

The Basque Country club and Atlético both remained undefeated through five rounds.

Former Atlético star Radamel Falcao enjoyed a perfect debut for Rayo Vallecano, scoring 10 minutes after going on as a late substitute to complete a 3-0 win over Getafe in a derby between the Spanish capital's two more modest clubs.

The veteran striker went on as a 71st-minute substitute with Rayo 1-0 ahead. Midfielder Pathé Ciss doubled the lead shortly before he set up Falcao with a pass for the Colombian to score from an angle.

Oscar Trejo put Rayo ahead with a penalty nine minutes into the match at Vallecas Stadium.

Rayo has two wins, a draw, and two defeats in its return to Spain's top division.

Getafe is last after losing all five games.

The 35-year-old Falcao signed with Rayo this month as a free agent.

“I had dreamed of being able to go out there and score a goal,” Falcao said. “My teammates have given me a lot of support. I feel right at home.”

Many Rayo fans recall Falcao's two seasons with Atlético from 2011-13, when he helped it win the Europa League and the Copa del Rey. He went on to Monaco, Manchester United, Chelsea, and Galatasaray, where he played until the end of last season.