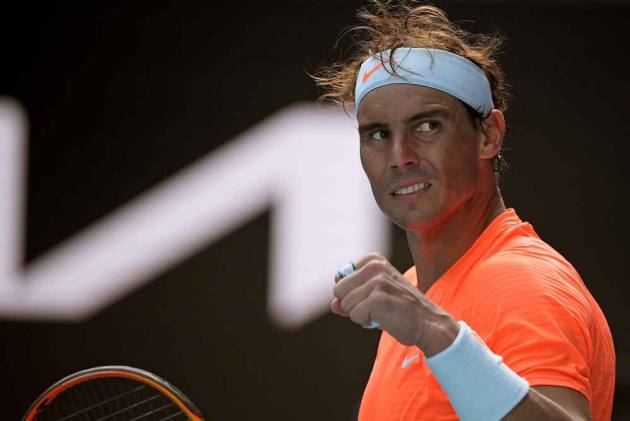 Tennis dominated the individual honours as Nadal collected a fourth award, named Laureus World Sportsman of the Year for the second time.

The Spaniard, who has also previously taken the 2006 Breakthrough Award and the 2014 Comeback Award, was selected after winning the French Open to tie Roger Federer's record of 20 grand slam titles.

Nadal, who said he "can't be happier", added: "Winning the French Open and equalling the 20th grand slam of Roger Federer has been an unforgettable moment.

"It means a lot to equal my great rival, but at the same time, my great friend. It's something very special after all the history we have had together on and off court."

Laureus World Sportswoman of the Year Osaka, the 2019 Breakthrough winner, claimed a second US Open triumph while supporting the 'Black Lives Matter' movement.

The 2021 Laureus World Sportswoman of the Year is @naomiosaka

On the court, Naomi made it two @usopen titles in three years. Off it, she demonstrated incredible activism and support for the Black Lives Matter movement #Laureus21 pic.twitter.com/tPQ05oPVJ8

"I think it is important to use my voice, because, for me, I feel like I often hold back a lot and worry about what people think of me, but you know if you have a platform it is very important you use it," the Japanese superstar said.

He and Formula One great Hamilton both joined Osaka in demonstrations against racial inequality.

Two-time Laureus winner Hamilton got his hands on the Athlete Advocate of the Year Award and said: "This past year has been incredibly difficult for so many, but it has also been heartening to see the power of our collective voices spark new conversations and change.

"The impact of each and every one of you who have stood up, is so inspiring, so I want to thank you. Please keep fighting, keep shining your light."

Liverpool's Salah supported a number of causes and led the Reds to Premier League glory, receiving the Laureus Sporting Inspiration Award, but Bayern Munich of the Bundesliga were the World Team of the Year for the second time.

Nadal and Osaka were not the only tennis stars to have their name called, as Billie Jean King took the Laureus Lifetime Achievement Award.