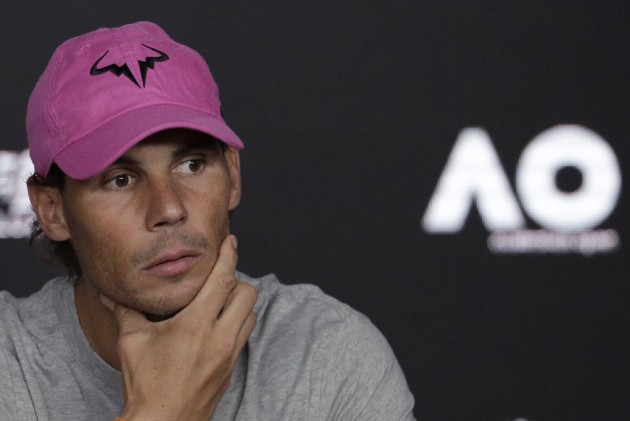 Rafael Nadal insists he is not treating this month's ATP Cup as preparation for the Australian Open and will give everything to lead Spain to further tennis glory. (More Tennis News)

The world number one was in inspirational form when Spain triumphed in the inaugural Davis Cup Finals on home soil in November, winning all eight of his rubbers across singles and doubles.

Another team competition, the ATP Cup, now sees 24 countries do battle in Sydney, Perth and Brisbane.

The event takes place a fortnight before the first grand slam of the year in Melbourne, but for Nadal there is clear separation between the two Australian events.

"We are not taking this competition like preparation for another one, even if the Australian Open is around the corner," Nadal told reporters.

"It's a tournament that we want to compete well in, and then we'll have a week before the Australian Open for me personally to practice and for some of the others to play in Auckland or Adelaide.

"So we are very focused on trying to be ready for this competition. We are a team that gives the maximum. But there are other teams that are also prepared for that."

The presence of a fellow top-10 player in Roberto Bautista Agut has Spain rated as favourites for the new tournament, but there are other threats around.

Novak Djokovic plays for Serbia, while Daniil Medvedev, Dominic Thiem, Stefanos Tsitsipas and Alexander Zverev are also involved, meaning there is plenty of star power despite the absence of Roger Federer.

After previously discussing continuing his "love affair" with a country where he has won a record seven Australian Open titles, Djokovic feels energised ahead of the ATP Cup.

"The concept of ATP Cup does give us an opportunity to represent your country and be part of a team, which is not something we experience during the year very often," said Djokovic, who unlike at the Davis Cup has Dusan Lajovic as a Serbia team-mate this time around.

"It does feed you with energy and motivation. It's a lot of intensity on the court but also a lot of fun and relaxation off it."

Djokovic feels it will stand him in good stead for the Australian Open, adding: "I think so. I haven't been playing any Aussie opening-week-of-the-season tournament for a while.

"I have been playing mostly in Qatar. I think [starting the year in Brisbane] can help [my Australian Open chances]. I am here earlier than most years. I get acclimatised.

"I love being here - it feeds me with positive energy. I am still getting acclimatised. Back in Europe where I reside it is not as warm, it takes a bit of time, that is why I came here earlier."