Daniil Medvedev recorded a much-needed victory on clay, a surface where Rafael Nadal – who won his match in Madrid – is typically dominant 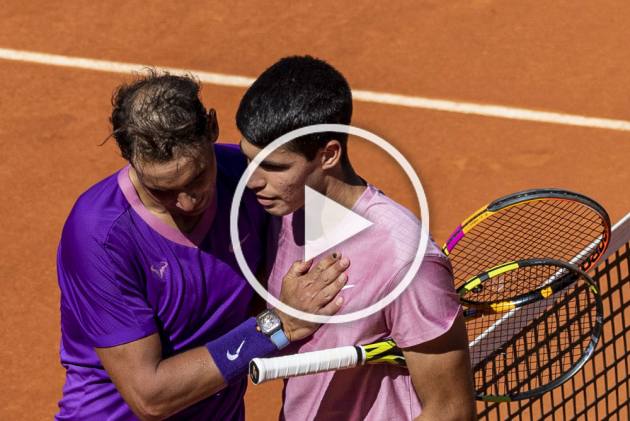 The world number two moved into the last 16 with a 6-1 6-2 victory on Wednesday.

After being knocked out of the Monte Carlo Masters by Andrey Rublev in the last eight, Nadal bounced back to win the Barcelona Open last month and continued his momentum in this round-of-32 clash.

As wildcard Alcaraz turned 18, the spectators sang happy birthday to him but he could not mark the occasion with a famous result against his idol, with Nadal broken just once on his way to a 78-minute victory.

Five-time tournament winner Nadal converted five of his seven break points in a ruthless showing, with Real Madrid greats Iker Casillas and Raul in the crowd to watch him.

Nadal will play Alexei Popyrin, a straight-sets winner against rising star Jannik Sinner, in the next round.

"I am happy with the win," said the Russian.

"The first set wasn't easy and I thought it was going to be where I had another 25 break points and I wouldn't win.

"I finally played quite well and did well in the third set. Madrid is a little faster than other clay tournaments, so it is better for my game."

The win means Medvedev has an 18-3 record this season and faces Chile's Cristian Garin next.

In-form Karatsev will face Alexander Bublik next after his fourth top-10 win of the year.