Among those possibly in contact with Rafael Nadal was Spain's former monarch, Juan Carlos I, who has been living in the UAE since allegations of financial scandals swirled and embarrassed the Spanish royal household last year. 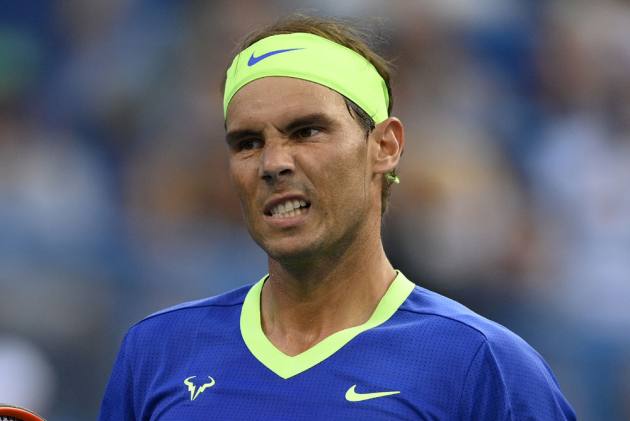 Rafael Nadal tested positive for the coronavirus after playing in an exhibition tournament in Abu Dhabi, the Spaniard said Monday. (More Tennis News)

Nadal wrote on Twitter that the positive result came from a PCR test he took after arriving in Spain.

Nadal said he is enduring “unpleasant moments” but hopes to improve “little by little." He is in isolation at home and everyone who has been in contact with him was informed of his positive result.

Among those possibly in contact with Nadal was Spain's former monarch, Juan Carlos I, who has been living in the United Arab Emirates since allegations of financial scandals swirled and embarrassed the Spanish royal household last year.

According to Spain's El Mundo newspaper, Nadal and Juan Carlos, who is 83, shared a meal before the player's match on Friday. The paper also published photos of both of them posing together without masks.

Nadal said he had been tested every two days while away and all results had come back negative, with the last one on Saturday.

Nadal said that as a consequence of the positive result he will have to be flexible with his playing schedule. He said he will analyze his upcoming options depending on his condition.

Nadal played his first match in more than four months on Friday, losing in straight sets to Andy Murray at the exhibition tournament in Abu Dhabi. The 20-time Grand Slam champion's chronic foot injury had forced him to sit out the final months of this season.

Nadal had not competed since early August when he lost to Lloyd Harris in Washington. He missed Wimbledon, the Tokyo Olympics and the U.S. Open.