Dravid has been in charge of the India A and U-19 set-up for the past six years and a lot of players have come through the system prepared by him. 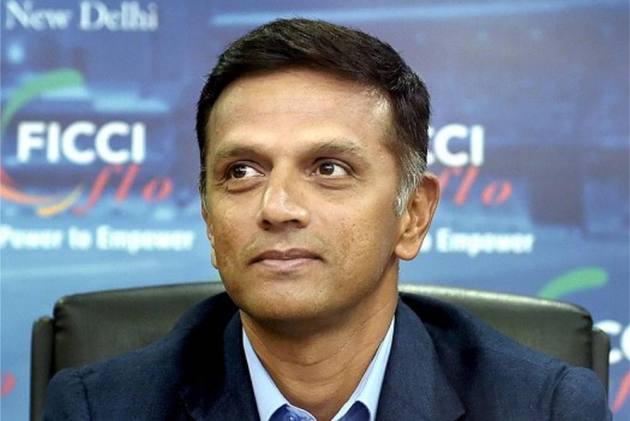 Rahul Dravid will replace Ravi Shastri as the head coach of India's national cricket team after the ICC T20 World Cup. The former India captain has agreed to the BCCI's offer after initial reluctance. The development was revealed soon after the end of the 2021 edition of the Indian Premier League (IPL), in Dubai, UAE early Saturday morning. (More Cricket News)

Widely credited for creating India's talent pool, Dravid is currently the head of the National Cricket Academy (NCA) in Bengaluru.  In a glittering playing career, the former batter, who also occasionally kept wickets, played 164 Tests and 344 ODIs, scoring 13288 and 10889 runs respectively. He played a lone T20I, against England scoring 31. The right-handed batter has 40 international hundreds. He retired in 2012.

"Yes, Rahul has agreed to coach the Indian team till 2023 World Cup. Initially, he was reluctant but it is understood that president Sourav Ganguly and secretary Jay Shah had a meeting with Rahul on the sidelines of the IPL final where they were able to convince him," news agency PTI reported quoting a BCCI official.

Shastri has already announced that he will step down as the head coach of the national team after the T20 World Cup. And for many, Anil Kumble, who left the job after a fall-out with captain Virat Kohli, was the favourite to replace Shastri.

The 48-year-old Dravid, one of the greatest ever to have played for India, has been in charge of the India A and U-19 set-up for the past six years and a lot of players such as Rishabh Pant, Avesh Khan, Prithvi Shaw, Hanuma Vihari, and Shubman Gill have come through the system prepared by him.

The former India captain was the coach of the 'second' national team which toured Sri Lanka for a limited-overs series while the main team led by Virat Kohli was in England for a Test series.

"It won't be an interim role," the report added.

Dravid's trusted lieutenant Paras Mhambrey is expected to be the bowling coach while Vikram Rathour is likely to continue as batting coach.

However, it is understood that the BCCI will nonetheless give an advertisement for the position to ensure that due process is followed.

Having seen Shastri achieve a lot of success, the BCCI was always keen on appointing an Indian coach but there were only a few of stature.

One former Indian captain and stalwart had already refused to become the coach in the current team set-up as Kohli still remains the Test and ODI captain.

It is learnt that bigger names were wary of coaching a team where Kohli had mostly called the shots till the Australia tour earlier this year. The dynamics have changed ever since as the team out-maneuvered a stronger Australia in the absence of Kohli, who was on paternity leave at that time.

Shastri was in charge of the team at a fee of Rs 8.5 crore and it is understood that BCCI is offering Dravid a significant hike, which will be more than his NCA remuneration as well as Shastri's current pay cheque.

The basic idea behind having the Dravid-Mhambrey combination in the Indian team set-up is to ensure that in another two years, when the transition of this team happens, the changing of nucleus is smooth.

"Rohit will be 35 next year, Virat is days away from his 33rd birthday. Apart from them Mohammed Shami, Ishant Sharma, Cheteshwar Pujara, and Ajinkya Rahane are all fantastic players but at some point during next two years, they will be phased out.

"The players who are set to come in are mostly from the U-19 set-up. So it's imperative that Dravid is appointed," the source said.