Rahul Dravid Replaced As India A, U-19 Head Coach

While Rahul Dravid has been appointed head of cricket at the National Cricket Academy (NCA) in Bengaluru by the BCCI, Sitanshu Kotak and Paras Mhambrey have been named head coaches of the India A and U-19 teams, respectively. 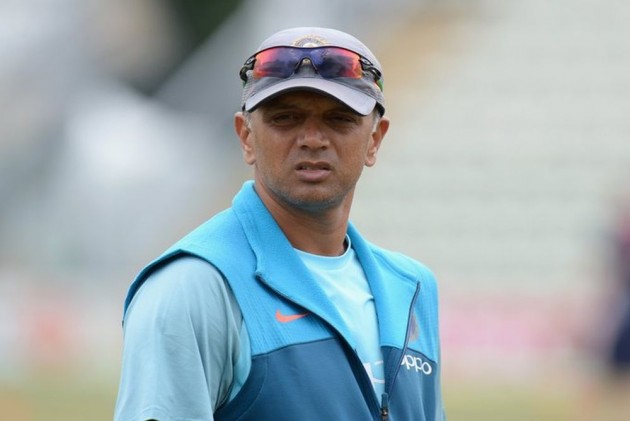 Former Saurashtra captain Sitanshu Kotak and ex-India seamer Paras Mhambrey have replaced Rahul Dravid as head coaches of India A and U-19 sides respectively following a reshuffle in the support staff for juniors. (CRICKET NEWS)

Dravid has recently been appointed as the National Cricket Academy's head of cricket operations and will be preparing the roadmap for India A and U-19 teams along with upgradation pan for the existing coaching module.

It will require him to stay more at the NCA even though he is free to travel for A or U-19 tours whenever he deems necessary.

"There will be no formal announcements on this as all these people are NCA staff and this is an internal rejigging," a BCCI official told PTI.

Kotak, a former left-hander, who played as many as 130 first-class games, worked as a batting coach of the India A team that recently toured West Indies. It is learnt that his coaching skills and work ethic impressed Dravid and it was decided that he will continue in that role.

Dravid's NCA appointment also led to the elevation of Mhambrey as the head coach of the India U-19 team.

The former pacer, who played two Tests and three ODIs, was already Dravid's understudy as a bowling coach for the past three years in the A and U-19 set-up.

Mhambrey's place as bowling coach in the A team will be taken by former Mumbai off-spinner Ramesh Powar, who was the Indian women's team chief coach till recently before his much-publicised spat with veteran Mithali Raj after the Women's World T20 in the West Indies.

While Kotak and Powar's appointment is a short-term one for the series against South Africa A that starts in Thiruvananthapuram on Thursday, Mhambrey and Abhay Sharma will continue as Dravid's permanent support staff at NCA as well as the coaches of the U-19 team for Asia Cup.

Hrishikesh Kanitkar will be the batting coach of the U-19 side having worked with this set-up during the U-19 tri-series win in England.