Kevin Pietersen said his Indian Premier League experiences, batting alongside world-class players such as Rahul Dravid and Virender Sehwag, helped him expand his repertoire of shots 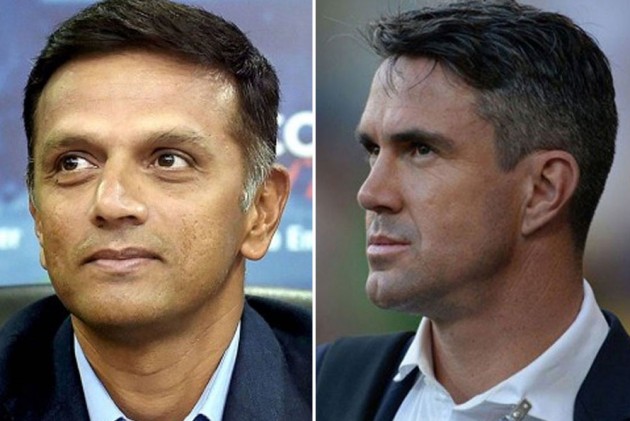 Former England captain Kevin Pietersen has hailed Rahul Dravid's influence on his batting, saying the legendary Indian's advice on how to play spin opened up a "whole new world" for him. (More Cricket News)

Pietersen said his Indian Premier League experiences, batting alongside world-class players such as Dravid and Virender Sehwag, helped him expand his repertoire of shots.

"Dravid wrote me the most beautiful e-mail, explaining the art of playing spin and ever since then it was a whole new world," the former England batting star said.

"The key point was looking for the length as soon as the ball was delivered - wait for the spinner and make your decision," the 40-year-old was quoted as saying by 'Sky Sports' during a discussion on how one-day batting has developed over the years.

During his 10 years as an England player, from 2004 to 2014, Pietersen was one of the world's most explosive batsmen -- particularly in limited-overs cricket.

Pietersen said his famed switch-hit was partly the product of hours spent playing squash as a youngster.