The Barbados franchise, led by the experienced Jason Holder, are scheduled to start the forthcoming CPL on August 26 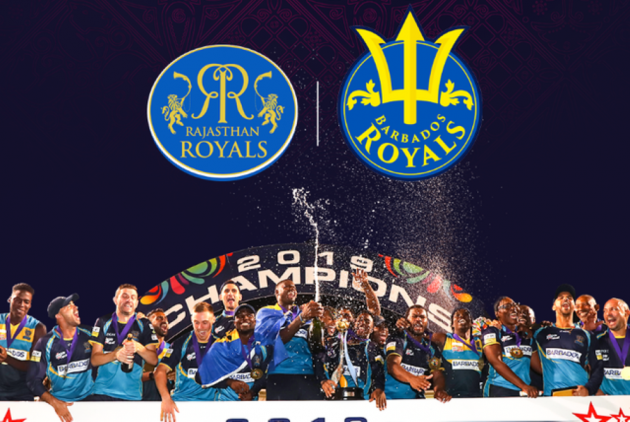 The owners of Rajasthan Royals have acquired a majority stake in CPL team Barbados Tridents, becoming the third IPL franchise to be associated with the Caribbean league after Kolkata Knight Riders and Punjab Kings.    (More Cricket News)

Royals Sports Group (EM Sporting Holdings Ltd), the owners of the Rajasthan Royals, made the announcement on Friday.

The two-time CPL champions will be rebranded as the Barbados Royals.

Royals Sports Group Chairperson, and the Lead Owner of Rajasthan Royals, Manoj Badale, said: "We are delighted to have signed this deal with Manish Patel, to acquire a majority stake in the Barbados CPL franchise."

"We are extremely grateful to the Barbados government for their continued support, and we look forward to making a positive impact on both cricket and tourism for the country," he added.

Rajasthan Royals Director of Cricket Kumar Sangakkara will also be monitoring the progress of the Barbados franchise.

"Barbados Royals will be an important part of the Royals’ cricket ecosystem. With a fantastic talent pool of local players, we have the opportunity to innovate and develop strategies that will benefit the Royals Group.

"We are also excited at the prospect of how we can promote growth in the game of cricket,” said the Sri Lankan legend.

Minister of Tourism and International Transport for Barbados, Senator, Lisa Cummins, added: “The Caribbean, and Barbados more specifically in this instance, have long been globally revered for their cricketing prowess, which continues to be one of the strongest pillars of our sports tourism offering.

"The expansion of our audience through this new partnership will enable us to showcase how we have married this beloved sport with the immersive experiences our destination has to offer, on a much wider scale."

In June, Rajasthan Royals had announced their collaboration with RedBird Capital Partners, the leading sports-focused investor from the United States.

The Barbados franchise, led by the experienced Jason Holder, are scheduled to start the forthcoming CPL on August 26.