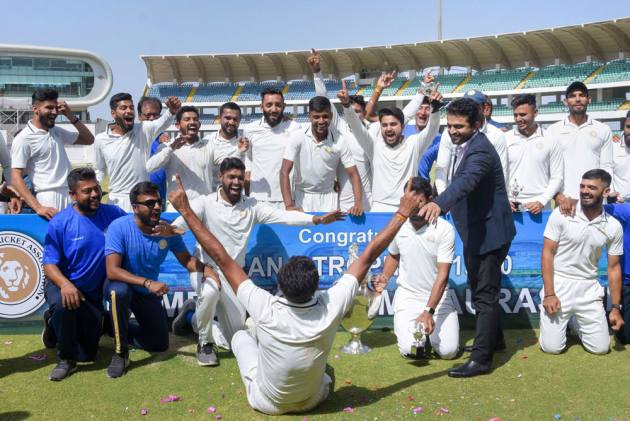 The BCCI has issued a fresh itinerary for domestic cricket in India with the 2021-22 season of the Ranji Trophy tournament scheduled to be played between January 5 to March 20. (More Cricket News)

The Ranji Trophy wasn't held during last season due to the COVID-19 pandemic and the logistical obstacles faced for having an extended bio-bubble for 38 teams.

The blue-riband tournament is back in BCCI's domestic calendar but the senior men's cricket will commence from October 27 with the Syed Mushtaq Ali Trophy, which will be held after the IPL in order to ensure availability of quality cricketers.

The Vijay Hazare Trophy (National One Dayers) will be played from December 1 to 29th, while senior women will play their first tournament -- National One Day -- from October 20 to November 20.

The season starts with women's and men's U-19 one dayers (Vinoo Mankad) starting September 20 and it would be followed by U-19 challenger trophy for both women and men starting October 25 and 26th respectively.

The U-25 (State A) One dayers will be held from November 9 to December 10 while the CK Nayudu Trophy (also U-25 from previous year's U-23) will start from January 6.

For the senior men's tournaments (Ranji Trophy, Vijay Hazare Trophy and Syed Mushtaq Ali Trophy), the 38 teams will be divided into six groups. There will be five Elite Groups with six teams each and one Plate group with eight teams.

For U-25 level, there will be five Elite Groups of six teams each and one Plate group of seven teams.