However for the same offence, Delhi senior team vice-captain Nitish Rana has been let off for the time being with more documents being sought to prove that he fudged his age at the junior level 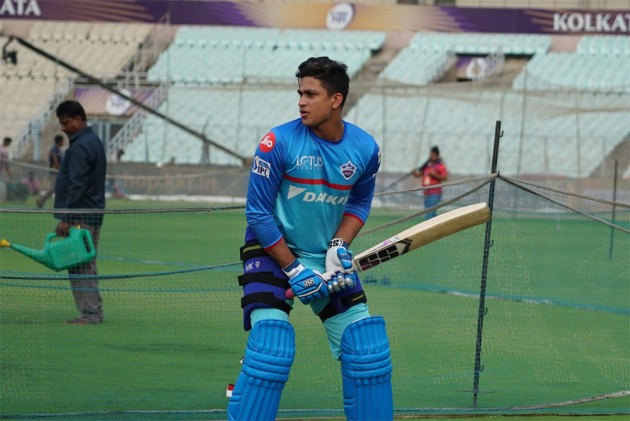 Young left-handed opener Manjot Kalra, who scored a hundred in the final of the last edition of U-19 World Cup, has been suspended by outgoing DDCA Ombudsman for one year from playing Ranji Trophy, for an alleged age-fraud during his U-16 and U-19 days. (More Cricket News)

However for the same offence, Delhi senior team vice-captain Nitish Rana has been let off for the time being with more documents being sought to prove that he fudged his age at the junior level.

Another U-19 star Shivam Mavi's case has been referred to the BCCI since he now represents Uttar Pradesh in senior cricket.

The outgoing Ombudsman Justice (Retired) Badr Durrez Ahmed passed an order (a copy of which is with PTI) on his final day, preventing Kalra from playing age-group cricket for two years but more importantly denying him a chance to play Ranji Trophy for this season.

Kalra, whose age as per BCCI records is 20 years 351 days, last week played for Delhi U-23 against Bengal and scored 80. He was in line to replace senior opener Shikhar Dhawan in the Ranji squad but as it now stands, he will not play any further.

When asked a senior DDCA official, he expressed his helplessness.

"I find it surprising that Manjot Kalra has been punished for the same offence that Nitish Rana is also allegedly guilty of. We couldn't pick Manjot as it was Ombudsman's order. He passed it at 11:30 pm at night, a day before he relinquished office. Now that's a bit bizarre," DDCA general secretary Vinod Tihara told PTI.

In case of Rana, former Ombudsman has asked DDCA to enquire from his school DAV Centenary, Narela and seek specific birth-certificate related documents and place before next hearing.

But question remains when the old Ombudsman is not there, does it mean new appointee Justice Deepak Verma will conduct fresh enquiry?

What everyone is failing to understand is how Kalra can be prevented from playing senior level cricket for age-fraud?

"He has been prevented from playing club matches also. Now his parents will have to appeal for a change of order in front of new Ombudsman. Till then DDCA can't pick him for Ranji Trophy. We are helpless," Tihara said.

For the Punjab game in Mohali, selectors have picked right-handed middle-order batsman Vaibhav Kandpal and seam bowling all-rounder Siddhant Sharma in the squad of 15 in place of Shikhar Dhawan and Ishant Sharma.