Raul Jimenez is experiencing goodwill from all quarters, with Wolves fan and Led Zeppelin star Robert Plant having sent him well wishes 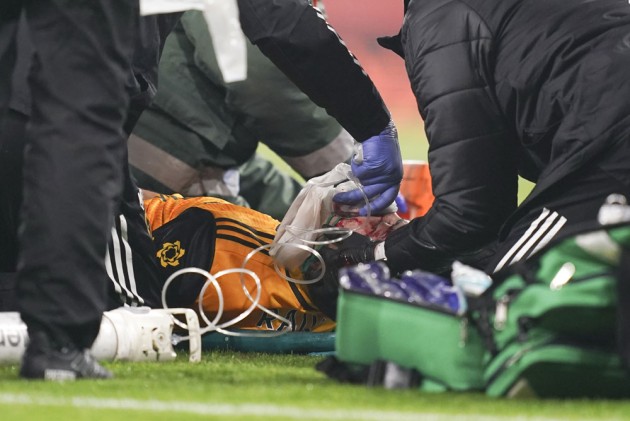 Raul Jimenez vowed he will "soon" be back in action for Wolves as he thanked Led Zeppelin rocker Robert Plant for his support. (More Football News)

The Mexican forward suffered a serious head injury in the 2-1 win at Arsenal on November 29 after colliding with home defender David Luiz.

Jimenez underwent around 10 minutes of medical attention on the field before he was carried off on a stretcher and taken to hospital for checks.

It was discovered the 29-year-old had suffered a fracture to his skull, leading to an operation.

However, Jimenez was able to return home last weekend, and he is already looking forward to getting back to football.

Thank you, I’m gonna be back soon https://t.co/STT9qUewe1

Wolves boss Nuno Espirito Santo has expressed caution, but fans of the club, including lifelong supporter Plant, will hope to see him back in the black and gold shirt before long.

Plant wrote on Twitter at the start of December: "COME ON RAUL.."

Responding on Friday to the Whole Lotta Love singer, Jimenez said: "Thank you, I'm gonna be back soon."

He added thumbs-up and muscle emojis to the message.

Wolves tweeted a series of four pictures on Thursday that showed Jimenez back at the club's Compton Park training ground, embracing team-mates.

Jimenez also posted pictures of himself with his family, writing: "Happy to be back home, together we will overcome any adversity."