Playing for India in white-ball cricket after a gap of four long years, Ravi Ashwin came up with figures 4-0-14-2 against Afghanistan in T20 World Cup. 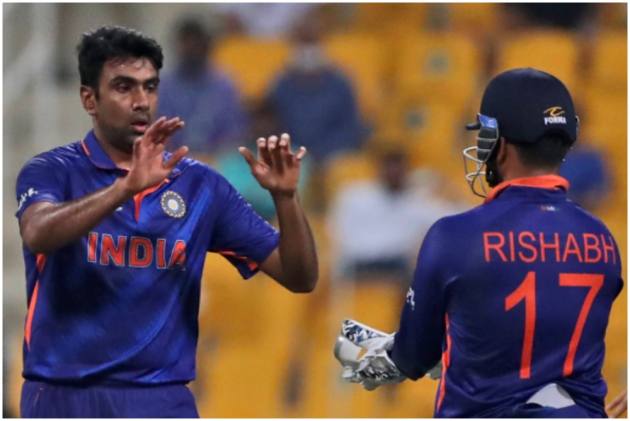 India vice-captain Rohit Sharma said Ravichandran Ashwin’s presence in the playing XI is always an advantage as the seasoned off-spinner is on the lookout for wickets at all times.

Playing a T20I after a gap of four years, Ashwin picked up two wickets while giving away only 14 runs in a fine spell in India’s must-win match against Afghanistan in the T20 World Cup in Abu Dhabi on Wednesday.

Like Rohit did with his 47-ball 74, Ashwin too contributed in India’s 66-run win.

“He’s a quality bowler, without a doubt. He’s played so much cricket and taken so many wickets, obviously playing for India in limited-overs. He also knows that it was a challenge for him because he was playing after three or four years,” Rohit said after the game.

“He’s someone who’s a wicket-taking option. Any time you give him the ball, he comes to take wickets. He’s not there to survive or just to bowl his six balls and get away. He’s always looking to take wickets, and it gives that advantage that you have someone in the middle who can take wickets.”

During his spell against Afghanistan, Ashwin took the wickets of Gulbadin Naib and Najibullah Zadran.

Rohit added, “That's the quality of him. He understands his bowling really well and has bowled really well in IPL. He's coming off good form as well, so I'm glad that he could contribute to our success today, and I hope he can do the same in the next few games.”

Back to winning ways after suffering two big loses against Pakistan and New Zealand, India are now looking to continue in same vein in the remainder of the matches, even as their fate also hinges on results of other games.

“It was necessary for our batters to score runs and I am happy that along with me, KL (Rahul) played a good innings and the opening partnership was crucial for our team. If the top 3-4 batsmen are in form, if they play more balls, it is necessary that they are in form,” added Rohit.

A long road awaits India but he was still asked about a possible India-Pakistan final, and Rohit's response was on expected lines. “You are speaking about the final, for us, that road is far, the Afghanistan-New Zealand match, who wins or who losses, at present we cannot think so far ahead.

“We have to think about our next match and before that there is the Afghanistan and New Zealand match, that is very crucial match for us. We are not playing but still it is a crucial match for us, after that is our game, so the road to final is very far,” Rohit said.

After failing miserably in the first two matches, the Indian batting finally fired in the tournament, posting a 200-plus total. Rohit struck eight fours and three sixes during his innings and put on 140 runs with Rahul (69), laying the foundation for an imposing total.

“Firstly it was important for us to get off to a good start, if we talk about our batting, which didn't happen in the first two games, so that's where we struggled a little bit, to create that momentum in the first six overs.

“So there was a conscious effort, we were talking, myself and KL, we were talking about it that, we need to get the team a good start and how we can do that by playing our game, whatever that maybe, however we want to play, we took our chances in the middle, it came off, that’s the whole game,” he said.