Ravi Gaikwad, Riding Love For Cricket To Save Lives On Indian Roads

A cricketer, scientist and a civil servant, Ravi Gaikwad goes back to his first love, cricket, as he looks to create awareness towards road safety in the country 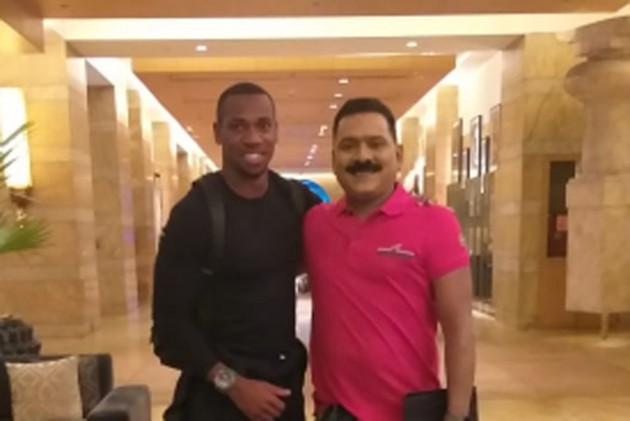 Talk cricket to Ravi Gaikwad, Regional Transport Officer of Thane (Konkan range), and you will be surprised with his knowledge of the game. He can have an audience in awe with his anecdotes and interesting insights of the game from an insider’s perspective. That he has friends in the cricketing circle is just one aspect to it. Like many others, he too eats, sleeps and breathes cricket. But his love for the sport extends beyond the realms that a normal fan would tread on.

After climbing the ladder of age-group cricket through the Under-15, 17 and 19 categories, he found his calling during a Ranji Trophy camp for Maharashtra when in his early twenties. For someone who was the H. Sc. topper in the state and double gold medallist in engineering, his love for cricket was explicitly high. But, he managed to leave the camp midway and decided to dedicate his days ahead to academia.

Must Read: Deep Secrets Revealed! Why Yohan Blake Is Bitter About His Rivalry With Usain Bolt

After engineering, Gaikwad joined the TATAs as a scientist. But after clearing Civil Services, he joined the RTO department and started taking various initiatives to create awareness towards road safety. The Road Safety World Series, the T20 cricket event which will be played between legends of India, Australia, South Africa, West Indies and Sri Lanka in February next year, gave him an opportunity to return to his first love (cricket) and at the same time work on his mission to save lives on the roads.

“As cricket is the most followed sport in the country and cricketers are looked up to as idols, I believe that the Road Safety World Series will work as an ideal platform to influence and change people’s mind-set towards their behaviour on the roads,” said Gaikwad talking to Outlook in Mumbai last week. Former world sprint champion Yohan Blake and former Indian cricket captain Mohammed Azharuddin are promoting the awareness programme.

Must Read: EXCLUSIVE | Sourav Ganguly Denies Political Link With BJP - 'There Was No Barter With Amit Shah'

“I have, time and again, mentioned that it is of utmost importance that people from all walks of life come forward to support this initiative because the impact of these losses are far greater than just statistical numbers—it destroys families. Lot of people out there are also suffering because of someone else’s mistakes. We need to take this seriously, we need to educate the people and make them aware of their responsibilities. We need to create opportunities to save as many lives as possible on Indian roads,” said Gaikwad who hardly gets time to indulge in his favourite pastime, cricket, now-a-days.

“Even during my Civil Services exams, I didn’t miss a single cricket match, but now, I don’t get any time at all,” said Gaikwad with a wry smile, but with the Road Safety World Series, he is basking in the excitement that the event is generating across the globe. At a time when cricket leagues are mushrooming around the globe, the Road Safety World Series T20 is attempting to stand apart in trying to further a worthy social cause, one that is much needed in India. It is sad but true, that one person dies every four minutes in India due to road accidents. And this series aims to create awareness towards changing that.