Under Shastri, India finished as the No. 1 ranked Test team in 2019 while in ODIs, the Virat Kohli-led side is currently ranked No.2 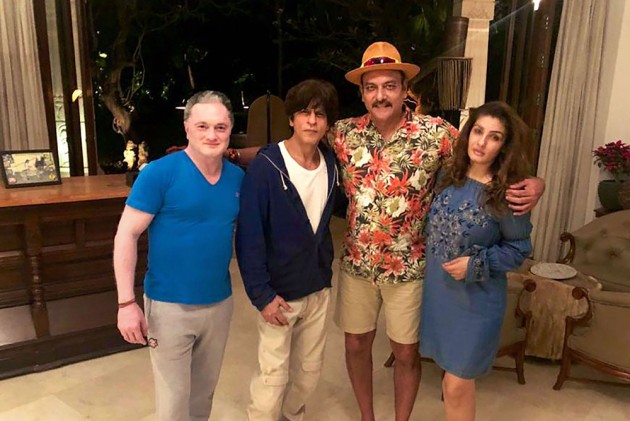 As the Men in Blue ended 2019 on a high after emerging as one of the most consistent cricketing sides in the world, head coach Ravi Shastri was spotted in a relaxed mood and spent the last few moments of the decade with Bollywood actors Shah Rukh Khan and Raveena Tandon in Alibag. He also shared a picture of Team India and wished the members a Happy New Year. (More Cricket News)

Shastri took to Twitter to write: "Happy New Year! Guys, you have had an outstanding year in 2019 and now get ready to attack the fresh challenges ahead. Enjoy the rest. See you with 2020 vision."

Happy New Year! Guys, you have had an outstanding year in 2019 and now get ready to attack the fresh challenges ahead. Enjoy the rest. See you with 2020 vision ðÂÂ®ðÂÂ³ðÂÂÂ pic.twitter.com/lwNGj0bj6O

Shastri shared a picture on Instagram on Tuesday along with Shah Rukh, Raveena and industrialist Gautam Singhania, captioning it: "Alibag is heaven. Great conversations with some brilliant minds of our times - Shah Rukh Khan, Raveena Tandon and Gautam Singhania #Blessed #FriendsLikeFamily."

Under Shastri, India finished as the No. 1 ranked Test team in 2019 while in ODIs, the Virat Kohli-led side is currently ranked No.2. However, in T20Is, India finished the year at No. 5 in the ICC rankings.

India will kick-off their new year campaign with a three-match T20I series against Sri Lanka, starting January 5 in Guwahati.

Jasprit Bumrah and Shikhar Dhawan made a comeback in the Indian squad for the upcoming Sri Lanka and Australia series.

Bumarah sustained a minor stress fracture in his lower back which kept him out of the cricket field since September 24. He missed the South Africa Test series, series against Bangladesh and the recently concluded West Indies series.

Apart from him, opener Shikhar Dhawan also made a comeback in the squad for both the series. He was out from the Indian side since November due to a knee injury.