RB Leipzig Vs Liverpool Live Streaming: When And Where To Watch UEFA Champions League Round Of 16 Match

UEFA Champions League returns on Tuesday and RB Leipzig will play Liverpool in the first leg of their Round of 16 tie. Check match and telecast details 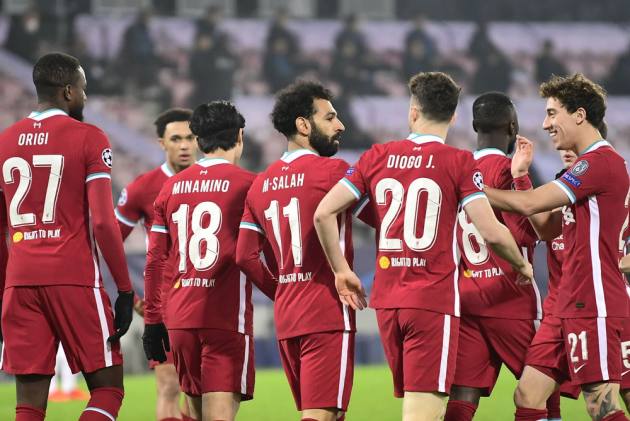 With their English Premier League title defense in shreds, and already out for FA Cup and League Cup too, Liverpool have only one opportunity to win silverware this season: in the UEFA Champions League. Manager Jurgen Klopp will have to fix his team's creaking defense if that is to happen. (More Football News)

Liverpool heads into the knockout stage with its three senior center backs — Virgil van Dijk, Joe Gomez and Joel Matip — all out long term and one of the emergency replacements, midfielder Fabinho, also out.

It leaves Klopp likely having to rely on midfielder Jordan Henderson and an inexperienced January signing from Schalke, Ozan Kabak, to hold the fort in front of goalkeeper Alisson Becker, who has made errors leading to goals in his last two Premier League games.

Leipzig's preparations for the game have been overshadowed by the coronavirus and future of star defender Dayot Upamecano. The latter has been cleared up with Bayern Munich’s confirmation on Sunday that he will be joining the eight-time defending champions at the end of the season. Fears of coronavirus mutations have led to the game being held in Budapest rather than Leipzig as German authorities would not grant the Liverpool team an exemption to travel restrictions.

Where to watch UEFA Champions League matches live in India?

Live streaming of the UEFA Champions League will be available on SonyLIV.