RB Leipzig Vs Manchester United Live Streaming: When And Where To Watch Champions League Match

This is a straight shoot-out in Germany, a match that could have huge implications for both Manchester United and RB Leipzig. Check match and telecast details of the UEFA Champions League clash 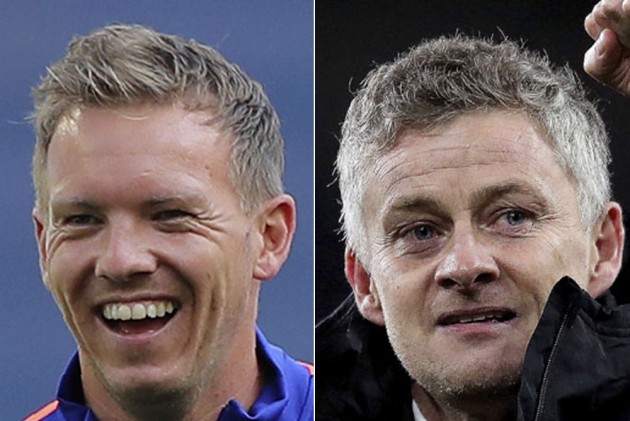 RB Leipzig and Manchester United face off on Tuesday for a place in the Champions League knockout rounds. (More Football News)

This is a straight shoot-out in Germany, a match that could have huge implications for manager goals, transfer targets and financial predictions for 2021.

In a way, the permutations are quite simple: Leipzig must win to qualify for the next round, while United will be through with a win or a draw.

Beyond those facts, this is a difficult game to call, as each side is well-suited and yet pointedly vulnerable to the strengths of the other. But United, it would appear, have the edge.

#MondayMotivation from the boss #MUFC pic.twitter.com/xtMrWSym5L

Leipzig have won two of their previous three Champions League games with English sides, the exception being the 5-0 loss at Old Trafford on matchday two. United have lost both of their previous away games against German sides in this competition.

Something has to give.

That resounding win in the reverse game will of course be fresh in the memory of both sides, but four of United's goals came in the 74th minute or later. It was a far more even contest than the scoreline suggests, at least until Leipzig lost heart once United had scored twice in four minutes.

Simply put, United were ruthless when it mattered. Solskjaer's men had 47 per cent of the ball but six more shots. They also scored with four of their six attempts on target after half-time. Leipzig only tested David de Gea twice.

That reflects the fact United have been more clinical throughout the group stage. Leipzig have attempted 68 shots to United's 67, but the Bundesliga side have converted fewer than 12 per cent of them, compared to 19 per cent for the Red Devils. United's shooting accuracy of 60.4 per cent is also far above Leipzig's 48.9 – in fact, only five teams boast a higher rate this term.

6 - Marcus Rashford has scored more goals in five Champions League games this season (6) than he managed in 18 appearances in the competition across his two previous seasons, 2017-18 and 2018-19 (5). Equaliser. pic.twitter.com/hodVz6XW2A

RASHFORD AND THE RISK OF THE PRESS

Leipzig average more possession than United (53.4 to 50.9) but it's their work without the ball that so often wins admirers. In 2020-21, they have allowed their opponents an average of 8.4 passes before a defensive intervention, which is the lowest average of any side.

That relentless pressing work is how Nagelsmann's men enjoyed more of the ball at Old Trafford, but it also proved their undoing.

A direct attack is defined as an open-play sequence starting inside the team's half and has at least 50 per cent of movement to the opposition goal. And United love them. They have launched 14 direct attacks this season, compared to Leipzig's six, averaging 14.4 metres of progress per sequence. They get the ball, they charge for goal, and it's up to you to catch them.

Interestingly, United have also won more high turnovers (31 to 25) than Leipzig's high-pressing machine, which shows the speed of their attack is a threat from deep and from their opponents' half. It's how they contrived to tear through the visiting defence in that second-half destruction on matchday two, as Leipzig pushed higher to find a way back into the contest.

Marcus Rashford, who got a hat-trick in that game, is the master of exploiting this tactic. He has scored three goals after progressing five metres or more with the ball, the most of any player in this season's competition.

Leipzig average a starting distance from their own goal of 43.8 metres but, if they are chasing a win, that may have to change. And United and Rashford could be on hand to capitalise.