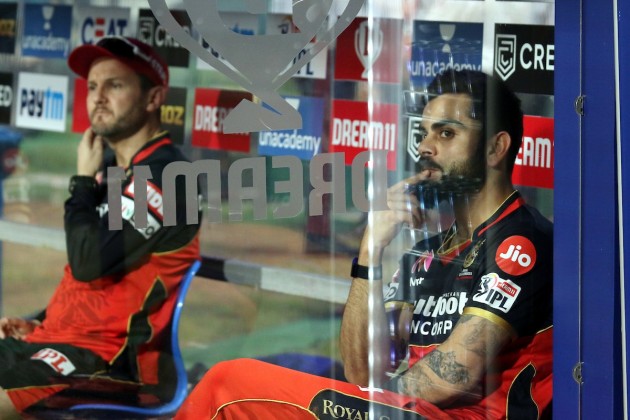 Sunrisers Hyderabad marched on into the Qualifier 2 against Delhi Capitals on Sunday. It’s there fourth win in as many matches and they needed to win all of them to reach Eliminator. (HIGHLIGHTS| FIXTURES & RESULTS | NEWS)

For Virat-Kohli led Royal Challengers Bangalore it was their fifth loss in-a-row. Quite frankly there is little a skipper can do if the team simply fails at the key moments in the match.

On Friday, RCB had their chances but somehow Sunrisers Hyderabad slipped through with the experience of Kane Williamson and Jason Holder coming to the fore.

Williamson was dropped when SRH needed 28 runs of 16 balls. A difficult chance was put down by Devdutt Padikkal. Padikkal held to the catch but as the momentum was taking him over, he tossed the ball in instead of giving a boundary. This in the end proved to be the difference as Williamson scored unbeaten 50 and along with Holder achieved the target with a ball to spare.

"It is a game of margins and if Kane (Williamson) was taken there then it is a different ball game," Kohli said after the match.

But the Indian skipper wasn’t happy with the batting effort in the first place where he felt that the team didn’t put enough runs on the board.

“If you talk about the first innings, I don't think we had enough on the board already. The position we got ourselves in the second half, probably better execution...a game of margins. We just didn't have enough runs on the board in my opinion,” Kohli lamented.

Although Kohli put up a brave front and walked in to open the innings, but SRH bowlers struck at regular intervals to restrict Bangalore to just 131 for 7.

"Altogether they put us under a lot of pressure in the first innings. Few soft dismissals, few fortunate ones for them as well and we just didn't have enough runs on the board. Maybe a bit of nerves, maybe a bit of hesitation, we need to be more expressive with the bat. We didn't put enough pressure on their bowlers. We didn't have any phases in the game where we got away from the opposition,” Kohli said.

Kohli also admitted that the lack of wins in the business end of the tournament also didn’t help his side. “It's been a strange kind of phase, 4-5 games for us,” he added.

Analysing the season, Kohli praised Devdutt Padikkal and Mohammed Siraj for doing well.
“A couple of people have stood up and had good seasons. Devdutt (Padikkal), (Mohd) Siraj as well. Yuzi (Yuzvendra Chahal) and AB (de Villiers) have been solid as ever. Couple of positives. Devdutt has done it with class and efficiency, it's not easy to get 400 runs,” Kohli said.
Kohli who will now shift focus on the impeding India tour of Australia added that with no home and away each and every team was tested for it’s strength.

“It was a level playing field. You don't have home and away so when conditions are same for everyone, the real strengths come out and I think that's probably why this has been the most competitive IPL,” Kohli said.