Shamim Meraj, whose family owns the Kashmir Monitor newspaper, co-founded the club with Sandeep Chattoo in 2016 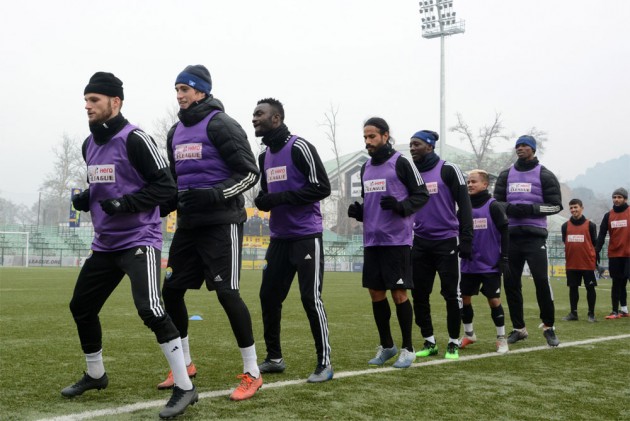 Meraj, whose family owns the Kashmir Monitor newspaper, co-founded the club with Sandeep Chattoo in 2016.

"It's a personal decision. Four years is a long time. I have not spoken to anyone about differences with the club," Meraj told PTI from Srinagar.

Some reports have suggested that Meraj's decision was caused by differences over the team's playing style.

Asked if the team's playing style under Scottish David Robertson was the reason behind his decision, Meraj simply said, "We are in the middle of a pandemic and I can't say anything on that now."

With Meraj's departure, Chattoo has become the sole owner of the club that took Indian football by storm in only its second season in top-flight by finishing third in the I-League after very impressive performances.

When contacted, Chattoo said it was "amicable" and strongly refuted speculation that there was any discord between the two.

"It was 100 per cent amicable. He decided to leave because of personal commitments and thought that he won't able to devote enough time to the club," Chattoo said.

"I strongly refute reports that there have been differences over the team's playing style. These are just rumours and nothing else."

"We are, in fact, looking forward to the upcoming season and don't want a controversy at this point."

In 2017-18, the Snow Leopards became champions of the second division league and the first club from Kashmir to qualify for top-flight football in India.

In their very first season in the top tier, RKFC caught the attention of everyone with their fine display and at one point were in the reckoning for the title as well.

The team from the valley also did well last season and finished fourth in the table with 22 points from 15 matches before the league was suspended.

RKFC also reached the semifinals of the Durand Cup where they were beaten by Mohun Bagan.