After being held to back-to-back draws by Sudeva FC and Gokulam Kerala, Real Kashmir find themselves at fifth spot on the I-League table. 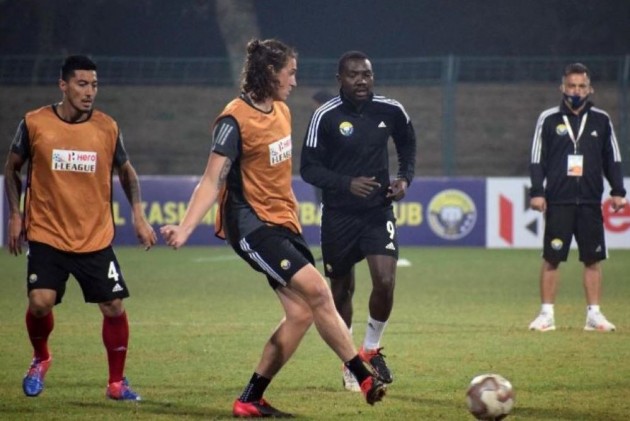 Unbeaten so far but with just one win from four matches, Real Kashmir FC will seek full points against bottom-placed Indian Arrows when the two sides face each other in an I-League game here on Thursday. (More Football News)

After being held to back-to-back draws by Sudeva FC and Gokulam Kerala, Real Kashmir find themselves at fifth spot on the I-League table. The title contenders are five points adrift of leaders Churchill Brothers, but a win on Thursday would help them close the gap.

Speaking at the official pre-match press conference, RKFC coach David Robertson said his side would aim for a win.

"It will not be a walk in the park for us. Arrows are a very difficult team to face because they keep going throughout the match. We expect nothing less than a tough game tomorrow," Robertson said.

"We have given few chances to the opponents to score in the season but we need to make the most of our chances in front of goal. We need to be more clinical and now we have to pick up points," he added.

The Arrows have shown their fighting spirit in a narrow 0-1 loss to Chennai City FC. The developmental team of the All India Football Federation has not given an inch to their opponents over the course of the season though they have just one point to show from previous five matches.

Coach Venkatesh Shanmugam said, "We have been consistently improving during the season and there are still some areas where we have to do better.

"We are looking for a positive result tomorrow but we know that Real Kashmir are a tough side. They are very good physically and it will be a challenging game for us. I want to see good football being played by my team with confidence."