Carlo Ancelotti was a Champions League winner in his first spell as Real Madrid boss, and the veteran Italian is returning to Los Blancos 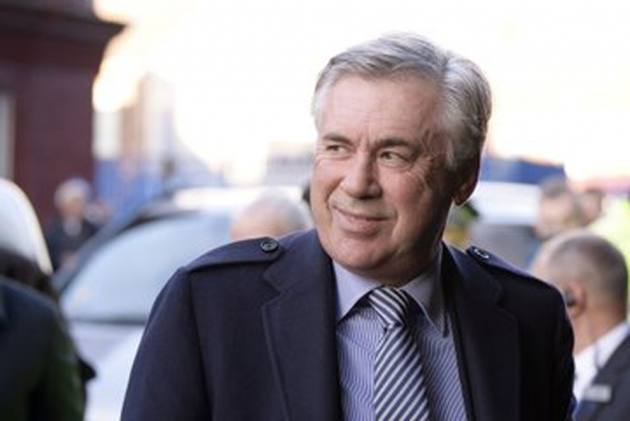 Ancelotti dramatically jumped to the front of the queue for the job when it had looked as though Raul and Mauricio Pochettino were the main contenders.

His appointment means a return to the club that sacked him six years ago, with Perez having been head of the board that reached that decision at the end of the 2014-15 season.

Perez said at the time he had a good personal relationship with Ancelotti, and that will have been a factor in bringing the veteran coach back to the Spanish capital.

Ancelotti could not deliver a LaLiga title during his previous two-year stint, but he helped Madrid win the Champions League in 2014 - the 10th time in their history they had become European club champions, famously recognised as 'La Decima'.

Madrid also landed the Copa del Rey in the same season and the Club World Cup in December 2014.

1 - Carlo #Ancelotti - the only manager able to win the top-flight in 4 of the top-5 European Leagues - has lifted 3 Champions League/European Cup, a joint-record for a manager alongside Bob Paisley and Zinedine Zidane. King. pic.twitter.com/xYGEnXi7aQ

Since leaving the Santiago Bernabeu, Ancelotti has coached Bayern Munich, Napoli and Everton, joining the latter in December 2019.

Madrid confirmed his appointment on their official website, stating: "Carlo Ancelotti is Real Madrid's new manager. The 61-year-old Italian coach comes from Everton and returns to our club after making history in his first spell.

"He managed Real Madrid for two seasons, between 2013 and 2015, and became the coach of La Decima. With him at the helm, the team reigned again in Europe 12 years later after the unforgettable Lisbon final against Atletico."

Madrid relinquished the league title in the 2020-21 season as Atletico Madrid were crowned champions in Spain.

Under the guidance of Zinedine Zidane, they finished the campaign without a trophy, after an early Copa del Rey exit to minnows Alcoyano and a Champions League semi-final loss to Chelsea.

Zidane resigned last week, bringing an end to his second stint in charge, and now another coach gets a second opportunity at one of the most demanding jobs in football, where winning trophies is everything.

That position has been viewed as a failure in some quarters, given the investment in a world-renowned coach. Yet of all managers to have taken charge of at least 10 Premier League games with Everton, Ancelotti's average of 1.53 points per game is unsurpassed.

LaLiga is the only one of Europe's top five leagues that Ancelotti has not yet won, having triumphed in Serie A with Milan, in the Premier League with Chelsea, in Ligue 1 with Paris Saint-Germain and in Germany's Bundesliga with Bayern.

He has also won the Champions League three times in his coaching career – twice with Milan and once with Madrid – which is a record he shares with former Liverpool boss Bob Paisley and Zidane.