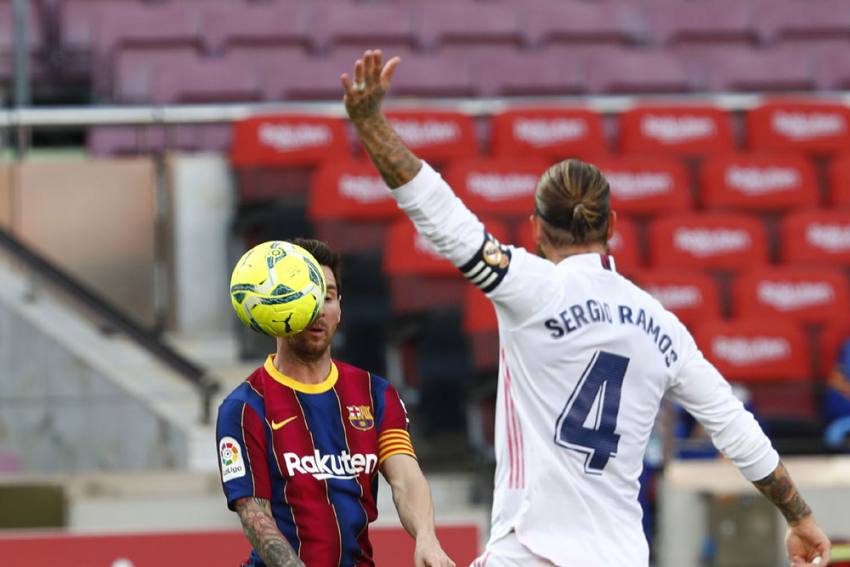 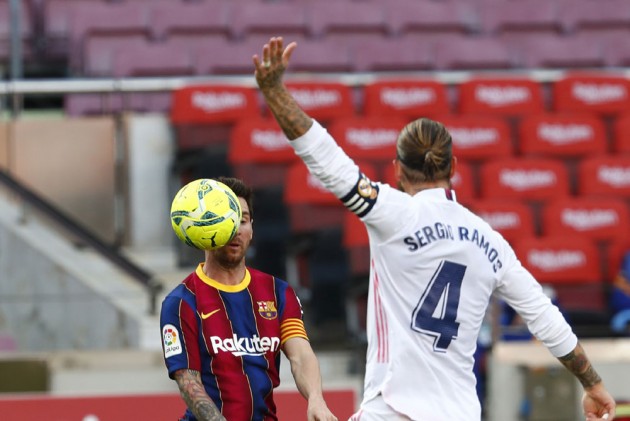 Zinedine Zidane was delighted to be able to welcome back Sergio Ramos for the Clasico, with the Real Madrid captain starring at both ends at Camp Nou. (More Football News)

Ramos had been substituted at half-time in last week's defeat to Cadiz and sat out the midweek meeting with Shakhtar Donetsk in the Champions League, a second straight home reverse.

But Madrid's form returned along with their skipper on Saturday as they beat bitter rivals Barcelona 3-1.

Zidane's led through Federico Valverde's fifth-minute goal but were pegged back soon enough by Ansu Fati, who then had the Spanish champions on the back foot early in the second half.

However, Ramos earned a penalty from an altercation with Clement Lenglet in the Barca box – a tug spotted by the VAR – and netted himself from 12 yards.

That set the stage for Luka Modric to clinch the points in the 90th minute after Ramos had led a brave defensive effort.

The World Cup winner's importance to Madrid is certainly not in doubt. Including the Shakhtar game, they have lost seven of their past eight Champions League games without him.

"We know what Sergio is and what he represents, not only as a player," Zidane said.

"He is always positive on the field and we always want him in our team. It is important for the team to see how he played today."

Ramos made three tackles, four clearances, three interceptions and a block in defence, but his most telling contribution was in attack.

The defender felt the penalty award was "very clear" but, while Barca coach Ronald Koeman was left disappointed, Zidane was reluctant to be drawn into such a discussion.

"[The referee] went to look at the play and he called a penalty," Zidane said. "I never speak of the referees and I will not do it today either.

"Regardless of this play, we deserved this victory, although Barca also had their chances."