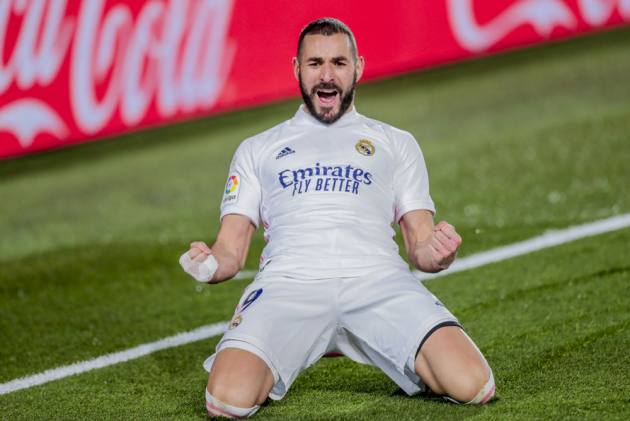 Real Madrid boss Zinedine Zidane will not risk playing Karim Benzema against Atalanta if the striker is not fully fit. (More Football News)

Benzema missed Madrid's narrow 1-0 win over Real Valladolid in LaLiga on Saturday due to an unspecified knock.

Los Blancos struggled in the absence of their leading scorer as they managed just two shots on target at Estadio Jose Zorrilla.

However, Zidane will only name Benzema in his travelling party for Wednesday's Champions League last-16 first leg with Atalanta if he can first prove his fitness.

"We will see tomorrow," Zidane said. "I can't tell you right now. We are not going to risk him. If he's not ready, he won't be used."

Benzema was one of nine first-team players missing for Madrid against Valladolid, with the likes of Sergio Ramos, Dani Carvajal and Eden Hazard also nursing injuries.

But Zidane is unsure how many – if any – of his walking wounded have any chance of returning for the trip to Bergamo.

"The situation is what it is," he said. "There are many casualties. I hope to recover players, but I don't know if that will be next week.

Despite the growing list of injuries, Madrid beat Valladolid thanks to Casemiro's second-half header to make it four LaLiga wins in a row, the last three of those victories without conceding.

Madrid are now within three points of leaders Atletico Madrid, who have dropped points in three of their last four matches but still have a game in hand to play.

Zidane's men travel to the Wanda Metropolitano on March 7 and the Frenchman wants his side to keep putting points on the board before then.

"There is no need to send a message. It is an important victory. It is the fourth victory and we have to continue our business," he said.

"You have to be happy with the game, with the result and with the clean sheet.

"We are in a good moment and have found some consistency with our results. The whole team defends very well. With the ball we can do things.

"We arrived well and we have to rest well. We are going to prepare for the game on Wednesday in the best possible way."

Casemiro had missed two glorious headed chances before finding the back of the net with his third, which came via a superb Toni Kroos delivery from deep.

90 - Toni Kroos vs Valladolid by numbers:

Kroos created four big opportunities in total and had both the most touches (83) and completed more passes (73) than any other player on the field.

Match-winner Casemiro was keen to share the plaudits with his team-mate, who now has five assists in his last five appearances.

"You have to be there to finish it off. But the credit goes to Toni, who always puts them well," he told Movistar. "I had three chances and I had to put away the third one.

Casemiro's headed goal was his fourth of the LaLiga season - more than any other midfielder in Europe's top five leagues.

However, Madrid may well have been on the end of a shock defeat if not for Thibaut Courtois, the Belgium international making three big saves with the game still all square.

"We know that we are all important," Casemiro said. "Courtois with the stops - I'm not surprised, he always does that.

"It's was a good goal for me to score. But we cannot speak of a single player today. This victory belongs to everyone."