The result means that Sheriff Tiraspol become just the second club to win on their first Champions League trip to the Bernabeu, after Arsenal in 2005-06. 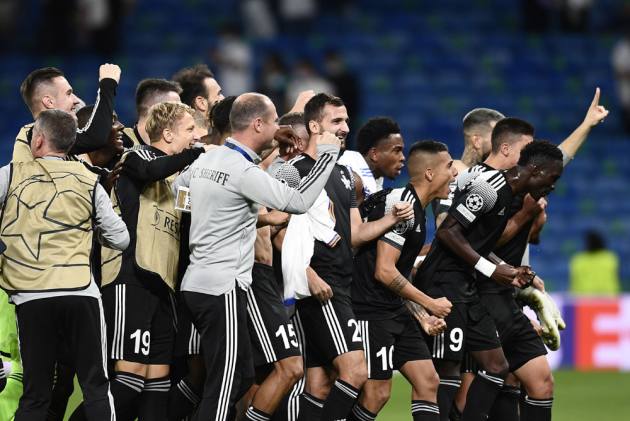 Uzbek midfielder opened the scoring in what many thought to be a lopsided Champions League 2021-22, Group D match in Madrid with a first-half header before Karim Benzema levelled with a penalty in 65th minute.

Madrid, who last won a third successive title in 2018, wasted chances in the second half even as the visitors continued to show a dogged defensive play at one of football's most iconic venues.

Then in the 89th minute, Sebastien Thill struck a stunning strike to give Sheriff an unlikely win and the early bragging rights. They are top of the group which also feature other continental giants, Inter Milan of Italy and Shakhtar Donetsk of Ukraine.

If the Luxembourg midfielder's half-volley was good enough to beat Thibaut Courtois and settled the issue, it was Sheriff stopper Georgios Athanasiadis, on loan from AEK Athens, who won the man of the match award for a string of saves.

Madrid, as expected dominated the possession with 76% and had 31 attempts as against Sheriff's 4. But all those numbers came to nil as Sheriff took all three points against Carlo Ancelotti's men. Sheriff became just the second club to win on their first Champions League trip to the Bernabeu, after Arsenal in 2005-06.

They have also become the first side, after Leicester City in 2016-17, to win the opening two games in the Champions League.

On matchday 1, they defeated Shakhtar 2-0 at home.

In the other Group D match, Shakhtar and Inter played out a goalless draw at RSC Olimpiyskiy, Kyiv, Ukraine.