Real Madrid Vs Atalanta BC, Live Streaming: How To Watch UEFA Champions League, Round Of 16 Return Leg Match

Real Madrid and Atalanta fight for a spot in the UEFA Champions League quarter-finals. Check match and telecast details of Real Madrid vs Atalanta, round of 16, return leg match 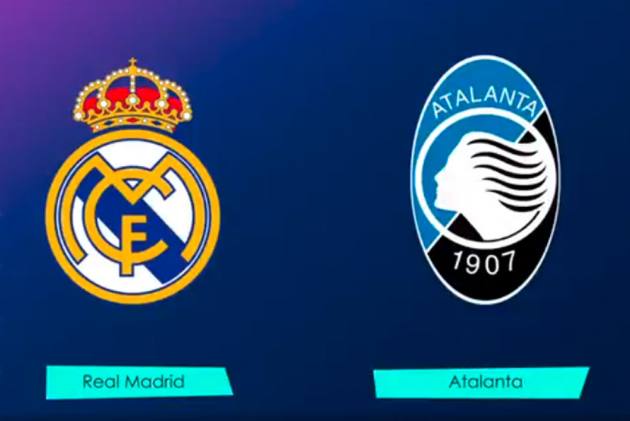 Atalanta BC will hope to keep Italy's UEFA Champions League interest alive in their last-16 second-leg clash against Real Madrid even as La Ligia giants defend their 1-0 lead from the first leg in Italy. (More Football News)

Gian Piero Gasperini's men have the simple tasking of overturning a 1-0 deficit away to Real Madrid, the most successful club in the competition's history and winners of four of the past seven tournaments.

Zinedine Zidane's men have struggled for consistency in 2020-21 but the Champions League traditionally brings out their best, while Atalanta's visit could also be one to celebrate for Toni Kroos.

Atalanta enjoyed their only previous visit to Spain in European competition, winning 4-3 at Valencia at this stage of last season's competition to secure a sensational 8-4 aggregate victory, with Josip Ilicic scoring all four goals.

However, history is not on their side this time.

Italian teams have lost 11 of their previous 12 games against Madrid and conceded at least twice in 10 of those matches. You have to go back to Juventus in November 2008 to find an Italian side who stopped Los Blancos scoring.

Madrid have progressed from eight of the past nine Champions League knockout ties in which they have won the first leg, the exception being two years ago, when Ajax caused a shock with a 4-1 win at the Santiago Bernabeu. However, more recent form may give them reason for concern.

Madrid have gone four home knockout games without a win, while Atalanta have not conceded an away Champions League goal this season and are enjoying a five-game winning run on their travels, the best such sequence of any side in the competition.

Toni Kroos could be in for a milestone match. The midfielder could become only the second German outfield player to start 100 Champions League matches, after Bayern Munich great Philipp Lahm, who finished on 110.

With Eden Hazard injured once more, Zidane could do with Marco Asensio ending his goal drought. The Spain international has attempted 14 shots in six games, the most of any player left in the competition who has failed to score a goal.