Real Madrid Vs Borussia Monchengladbach Live Streaming: When And Where To Watch Champions League Match 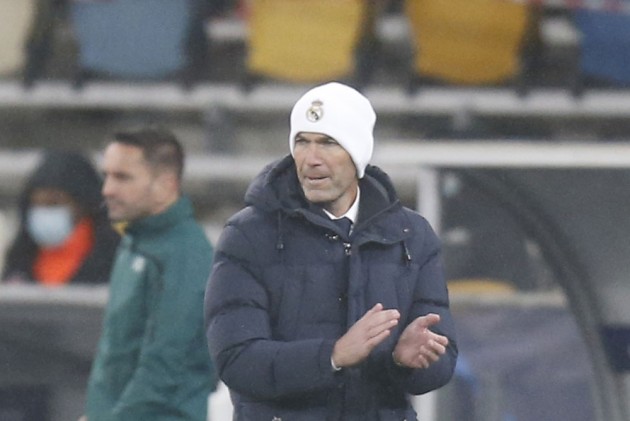 First thing first. Real Madrid, the tournament's most successful side, can still book their UEFA Champions League 2020-21 place in the round of 16 with a win. That's what legions of Madrid fans are hoping. But things are not so so straightforward for Los Blancos. A little slip up at home on the final day of the group stage against unexpected leaders Borussia Monchengladbach can prove costly for La Liga champions, and their legendary manager Zinedine Zidane. (More Football News)

As things stand now, Monchengladbach top the Group B standings with eight points from two wins, two draws and one defeat. FC Shakhtar Donetsk and Real Madrid are with seven points (two wins, one draw and two defeats), but the Ukrainian side are second thanks to their 2-0 head-to-head record the 13-time champions. Another former champions, Inter Milan are fourth with five points (one win, two draws and two defeats).

So, anything can happen.

But for Madrid, what they nee is at least a point a hope that Shakhtar lost to Inter in another group match, starting same time, at San Siro. By the way, Shakhtar completed a double against La Liga champions to throw the group, which should have been dominated by Zidane's side, wide open. And Antonio Conte's Nerazzurri have not been at their best this season. So, again, anything can happen.

But good news for Real Madrid. Sergio Ramos and Dani Carvajal are back for the match, and will most likely feature in the starting lineup tonight. Ramos' presence may well prove decisive.

For the visitors, a draw will ensure their place in the knock-outs. But a defeat can still send Marco Rose's side crashing out of the tournament. The only thing Germans are assured of is third place.

What happened in the first leg?

Monchengladbach and Madrid settled for a 2-2 draw in October with Marcus Thuram scoring a brace to give the Bundesliga side a 2-0 lead. Karim Benzema and Casemiro scored late goals to salvage the draw.