Real Madrid Vs Villarreal, Live Streaming: When And Where To Watch La Liga Match 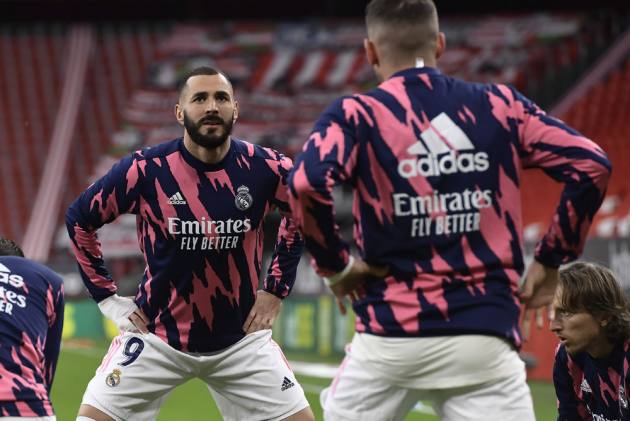 There is a chance Real Madrid could finish as La Liga champions, but they head into their final fixture of the 2020-21 season with a two-point deficit to Atletico Madrid, who travel to Real Valladolid. (More Football News)

That would be an ideal way for Zinedine Zidane to bow out of his second spell in charge of Los Blancos, although the most likely outcome is that his team finish runners-up. The Frenchman is widely expected to step down as Madrid coach during the close season, and confirmation of that could come as soon as Saturday.  But a barren season on the trophy front would be a sorry way for Zidane, the galactico turned superstar boss, to make his exit.

He could yet become the first Real Madrid manager to win two league titles in a row since Leo Beenhakker's three between 1987 and 1989, and Zidane may hope Villarreal's focus is on their European final.

Villarreal, who will face Manchester United in the Europa League final next Wednesday, provide the opposition for Madrid's final match of the campaign. Unai Emery's side sit seventh heading into the match, and they will want to guarantee a place in next season's European competitions through their league placing, so it is not a dead game for them either.

Madrid have only won two of their last seven meetings with Villarreal in La Liga (D4 L1). However, promisingly for Zidane, both of those wins came in their past two home league games (3-2 in May 2019 and 2-1 in July 2020).

If Madrid miss out on the title, Zidane accepts there will be a disappointment, but he said: "My players cannot be blamed for anything. Injuries, COVID, there have been many things.

"You can always do better and I am always critical of myself. I am a winner and I don't like to lose. In my life I fight and I give everything to win. And the players also want to win."