Real Valladolid Vs Atletico Madrid, Live Streaming: When And Where To Watch La Liga Match

The stakes are high for Saturday's La Liga game between Atletico Madrid and Real Valladolid. Check match and telecast details 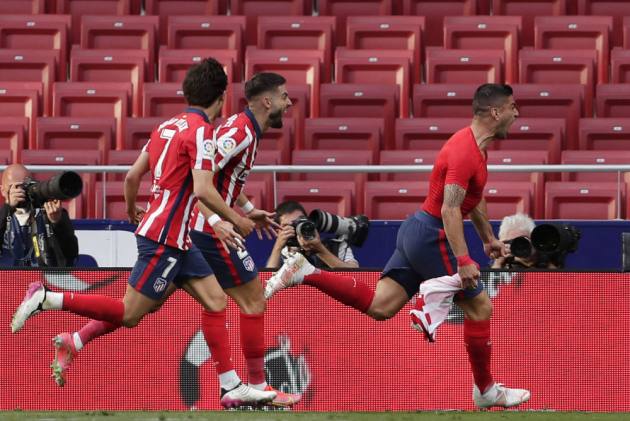 Diego Simeone expects Atletico Madrid and Real Valladolid to "give their lives" when they meet in the decisive final match of La Liga 2020-21 season. Atleti head into Saturday's contest with a two-point lead over city rivals Real Madrid at the top of the table. (More Football News)

And they know that a victory will guarantee their first top-flight title since 2013-14, when a 1-1 draw at Barcelona on the final day denied the Catalans the trophy. However, the stakes are also high for Valladolid, who must win to stand a chance of avoiding relegation to the second tier.

History is on Atleti's side: Valladolid have not won any of their past 11 league meetings and failed to score in seven of the previous eight, while Sergio Gonzalez has gone eight La Liga games without defeating Simeone, more than he has against any other head coach.

Simeone could become only the third Atletico coach to deliver two top-flight titles after Ricardo Zamora (1940 and 1941) and Helenio Herrera (1950 and 1951), so he could be forgiven for feeling the pressure. The former midfielder says preparation for this weekend has been no different from the rest of the season.

"It's a final. Two teams are fighting for different goals and each will give their lives for that goal," he said on Friday. "We're concerned about the game against Valladolid, against an opponent who have their own needs and who will look to play a game like always... We understand that anything is possible in a game, and it's evident Valladolid's needs are different to ours, but they're the same in terms of being important objectives."

The Argentine would not offer any clues as to his starting line-up but did confirm there are some players facing late fitness tests. But Luis Suarez, who scored the last-gasp winner against Osasuna on the penultimate match, remains the key player.