There were speculations regarding MS Dhoni's participation in this year's T20 World Cup in Australia, which was postponed to 2022 due to the global health crisis 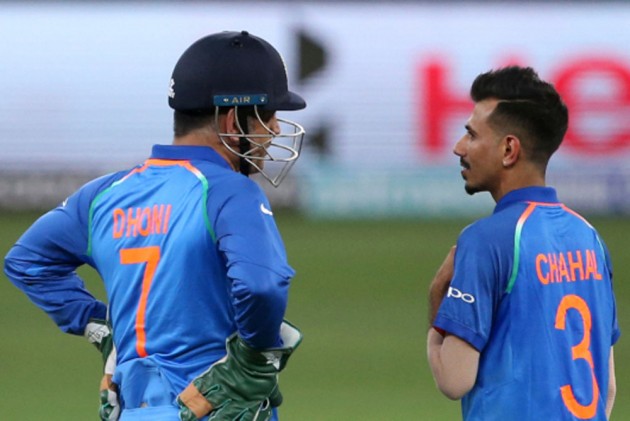 The raging COVID-19 pandemic played a role in Mahendra Singh Dhoni's decision to retire from international, said India's limited over spinner Yuzvendra Chahal, who feels the former skipper would have played the T20 World Cup if it wasn't for the dreaded disease. (More Cricket News)

Dhoni, the only captain to have won all the ICC trophies, retired from international cricket on Saturday, more than a year after he last played for India -- the lost World Cup semifinal against New Zealand.

There were speculations regarding his participation in this year's T20 World Cup in Australia, which was postponed to 2022 due to the global health crisis.

Chahal also said that Dhoni still has it in him to carry on playing international cricket.

ALSO READ: What More Is There For Dhoni To Achieve - Srinivasan

"I still want him to play," said the 30-year-old from Haryana, who has represented India in 52 Tests and 42 ODIs.

"Because of him Kuldeep Yadav and I succeeded. We used to get a lot of help from him from behind the wicket. If Dhoni was there, 50 per cent of my work was already done."

Chahal said Dhoni's presence made it easier for them to decipher the pitch.

"Dhoni knew how the pitch was behaving. Before the first ball, we knew what the pitch was like because of him. Otherwise, when Dhoni was not there, we would take two overs to understand the pitch," he said.

"In the match, since Virat (Kohli) and Rohit (Sharma) were on the boundary, then Dhoni was the nearest senior, he would help us always. Dhoni also helped Kuldeep and I a lot during the tour of South Africa."

Asked if Dhoni should get a farewell match, Chahal said: "This decision will be taken by the BCCI. Also, what Dhoni wants needs to be considered."