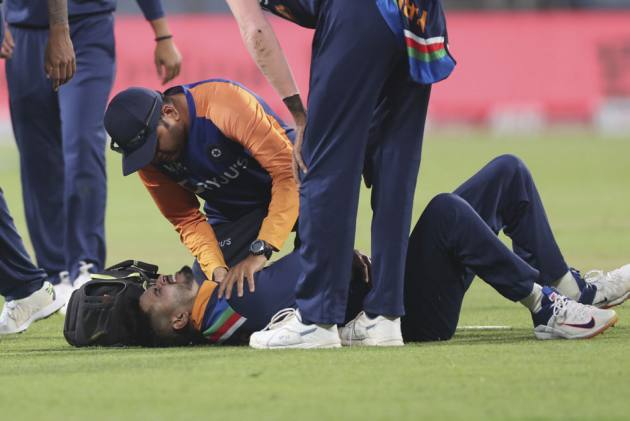 India's white ball specialist Shreyas Iyer's much-anticipated comeback to competitive cricket has been delayed as he is yet to recover completely from a shoulder surgery, forcing him to withdraw from Lancashire's Royal London Cup campaign. (More Cricket News)

Iyer had sustained a left shoulder dislocation earlier this year during an ODI match against England in Pune and had to go under the knife in the UK.

Iyer started hitting the nets recently but it is understood that he is far from being ready for the July 22-August 18 tournament.

"Following discussions between the Club and the BCCI, as well as the players’ representatives, it was agreed that Iyer would remain in India ahead of his return to cricket in due course," the Lancashire County said in a statement.

"I am gutted to not be able to play for Lancashire this summer, a Club that has such history and ambition. I hope to play at Emirates Old Trafford for Lancashire at some point in the future," Iyer said.

Lancashire's director of Cricket, Paul Allott said: "We are obviously very disappointed, as we were thoroughly looking forward to welcoming Shreyas to Emirates Old Trafford."

"We wish Shreyas all the best with the remainder of his recovery, and from the conversations which I have had with the player, believe that this is an arrangement he would be keen to revisit again in the future," former England pacer Allott said.