In 2018, Marijne was re-designated as the women's coach in a rejigging of roles with Junior World Cup-winning coach Harendra Singh taking charge of the men's side 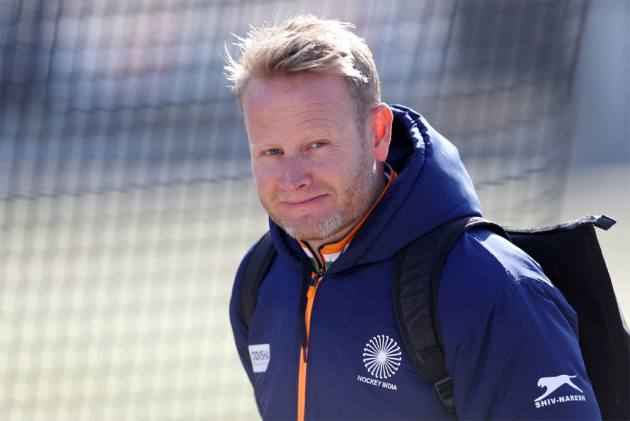 Sjoerd Marijne has played his part in scripting Olympic history but the outgoing women's hockey team chief coach still has scars of what he feels was a "disrespectful" transition back in 2018, when he was shunted out from men's side after the Commonwealth Games disappointment. (More Hockey News)

The former Dutch player came to the country to take over the Indian women's team in 2017 but was appointed the chief coach of the men's side later that year.

However, in 2018, he was re-designated as the women's coach in a rejigging of roles with Junior World Cup-winning coach Harendra Singh taking charge of the men's side.

But that bitter episode is still fresh in Marijne's mind as he left the country after a successful four-year stint.

READ: Present Perfect But Why Future Is Tense

"But the moment I returned back to women, Savita (goalkeeper) came to my room and said 'Listen we are really happy you are back.' That moment for me was the changing moment. I felt OK it's good to be there again."

Marijne felt if given a longer time, he could have achieved a lot with the men's side.

"But people shouldn't misunderstand me. It was not that I was disappointed to go back to women's team, I was not happy the way they handled it with men's team because I left on a really good moment.

"On one side you have the opportunity to work with the most challenging team in the world in Indian men and on the other I was doing Indian women and we were just going up.

"So it was a really difficult decision and I am happy how it ended. I am happy with what I did with the women's team, so no grudges," he said.

Under Marijne, the Indian women did the unthinkable in Tokyo Olympics, reaching the semifinals for the first time by stunning three-time world gold medallist Australia 1-0 in the quarterfinals.

The Indians narrowly missed out on a bronze, losing 3-4 to a higher-ranked Great Britain in the third-fourth place play-off tie.

"I am proud of what we have achieved as a team, the legacy we have created. I am extremely happy for the girls because they now can feel what it is to have success," Marijne said.

"I am proud of how close we were in matches against Great Britain and Argentina. It was not a walkover.

"The fighting in the last match, coming back it shows the new Indian women's team. They never gave up and it is something that has changed over the years. That's an effort of the girls and the whole staff. You need time for this kind of things."

The 47-year-old Dutchman said much before the Olympics he had decided to return home after the Games.

"I wrote a post in my website on 7th of September 2020 where I already announced that after Olympics I will go home and spent time with my family."

He was "overwhelmed" with the love and respect he had received during his stay in India.

"India is a different country than Netherlands. The popularity of hockey in Netherlands is big but we don't have 1.3 billion people. Here it's going crazy and I am overwhelmed with all the reactions. That's amazing to experience."

"I wrote a whole book about my journey in India but it is not yet complete. The last chapter is there to be added, this Olympic chapter," he said.

Marijne reiterated that the need of the hour for the women's team is more high-pressure games on a consistent basis.

"You believe in yourself and that's where it starts. Then you have to work really hard, be disciplined in what you do or otherwise you are not achieving anything. And then it's about dealing with the pressure.

"The women's team does not always face that pressure. The last was in Olympic qualifiers two years ago. So we have come really far and that's what makes me proud in what we achieved," he said.

"We don't have tournaments in the country, no Pro League, no HIL but still we made it so far."

He feels although he is leaving, he has now developed a life long connection with India.

"That will never go away and there are many more ways through which I can do something for India.

"The girls are in my hearts and I will never forget them," an emotional Marijne signed off.