Racing Point were docked 15 points after being deemed to have used illegal parts, but Renault and Ferrari are unsatisfied 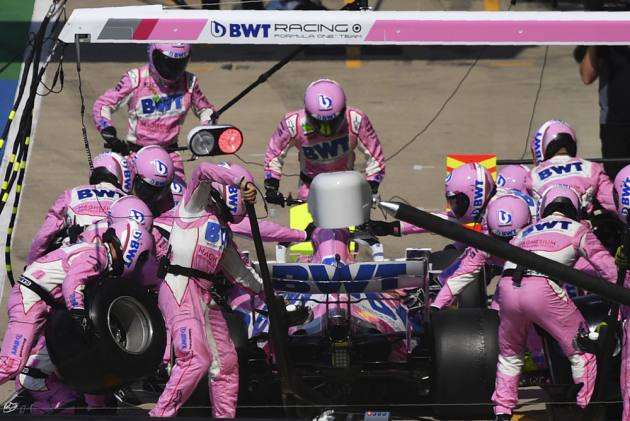 Renault and Ferrari have confirmed their intention to appeal against the FIA's verdict on the legality of Racing Point's rear brake ducts. (More Sports News)

Following a protest lodged by Renault after the Styrian Grand Prix, the FIA docked Racing Point 15 points and fined the team €400,000 for using parts it deemed were principally copied from Mercedes designs.

Renault, Ferrari, McLaren and Williams lodged their intention to appeal the outcome, while Racing Point have maintained their innocence and also said they would challenge the decision.

While McLaren have reportedly opted against following through with the process, Renault and Ferrari have announced they will take the case to the FIA's International Court of Appeal.

"We have confirmed our intention to appeal against the Stewards' decision in respect of the Racing Point brake ducts," a Renault statement read.

"In the meantime, we will continue to work intensively with the FIA and all stakeholders to develop and implement a clear and enforceable regulatory framework that will ensure all teams participating in the 2021 season will develop their original aerodynamic concept by themselves."

Ferrari were the first team to confirm their appeal against the verdict, while also challenge the decision to issue Racing Point with a team reprimand for running the parts at the 70th Anniversary Grand Prix.

Ahead of the 70th Anniversary Grand Prix, Racing Point owner Lawrence Stroll accused the team's Formula One rivals of "poor sportsmanship" and said he was "appalled" by the way they had responded.