Neymar will miss both legs of the tie due to a foot injury and will joined on the sidelines by Cavani due to a hip problem and Belgian international Thomas Meunier with concussion. 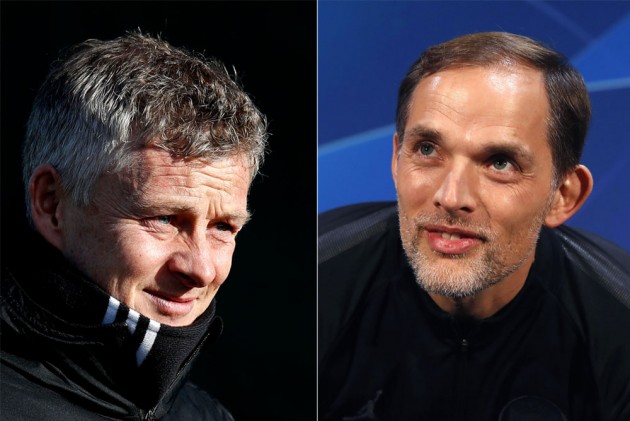 Paris Saint-Germain must cope without the injured Neymar and Edison Cavani to halt the surge of a revitalised Manchester United if the French champions are to avoid more pain in the UEFA Champions League last 16.

PSG's trip to Old Trafford Tuesday's first leg could not have come at a worse time for Thomas Tuchel's side as injuries to key players have pilled up for the Parisians, just as United have hit form under caretaker boss Ole Gunnar Solskjaer.

Neymar will miss both legs of the tie due to a foot injury and will joined on the sidelines by Cavani due to a hip problem and Belgian international Thomas Meunier with concussion.

Such stretched resources is not what the club's Qatari owners had in mind when a near 400 million euros was splurged on Neymar and Kylian Mbappe in 2017 with the intention to carry PSG to a long-awaited first ever Champions League triumph.

However, with the Brazilian and Cavani missing, the spotlight is on 20-year-old Mbappe to shine on the Champions League stage like he did in delivering the World Cup for France.

"It's not really his job to replace Cavani and Neymar, he can't be himself and the other two at the same time," warned Tuchel.

"He has to be free to play his game, play with confidence. We have to help him with the right support and good service.

"In my opinion he needs to play with a good mindset, be positive and realise it's part of his development." A familiar failing of PSG's inability to challenge for the Champions League in past seasons has been poor form on the road against elite opposition.

A 6-1 capitulation to Barcelona after winning the first leg of their last 16 tie 4-0 in 2017 remains a painful memory. But trips Real Madrid, Bayern Munich and Liverpool in the past two seasons have also ended in defeat.

Tuchel hinted that United's current form makes them favourites for the first leg on Tuesday, but warned his side to remain in the tie for the return in Paris on March 6.

"We have a second leg in Paris where we feel very strong and comfortable in the Parc des Princes."

Solskjaer was back in Norway as Molde manager watching with his son when the December draw that paired the sides together took place.

"I was watching with Noah and we said 'wow, that's a tough challenge'," said Solskjaer on Monday.

However, just a few days later he was drafted in to take charge till the end of the season when Jose Mourinho was fired and has embarked on a run of 10 wins and one draw since to completely revive United's fortunes.

"We've given ourselves the best possible opportunity with the way we've gone into this game because we are confident," added the Norwegian.

"I've found out what kind of team we have. We are playing like a team, we are agreeing on how we should approach games. If there was ever a time to go into big games like this it is now."